The DA said the NCOP and Cogta Minister Nkosazana Dlamini Zuma had 'failed to hold Maile accountable for the misleading information he continues to dish out to the public'. 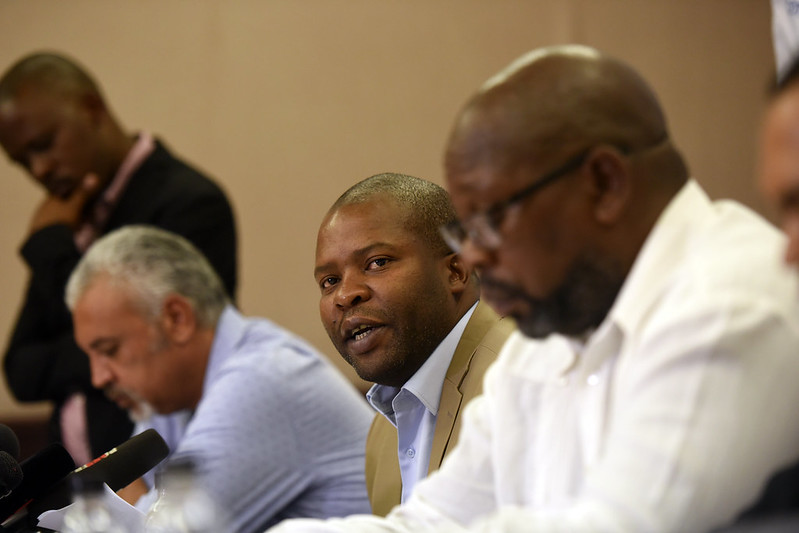 Gauteng MEC for Human Settlements, Urban Planning and Cooperative Governance and Traditional Affairs (Cogta), Lebogang Maile, has welcomed the National Council of Provinces’ (NCOP) decision to dissolve the Tshwane council and place the city under administration.

“This resolution has effectively given back power to the residents of Tshwane to elect a party of their choice. A party that will put their interests above partisan political interests,” Maile said.

This comes after the Gauteng Executive Council’s (Exco) decision to invoke Section 139 (1)(c) of the Constitution on 4 March.

“During today’s sitting of the NCOP, members unanimously endorsed the decision to dissolve the City of Tshwane Metropolitan Council,” Maile’s spokesperson Castro Ngobese said in a statement on Thursday.

Among some of the recommendations made by the NCOP was that the MEC institute a forensic investigation into allegations of corruption and financial mismanagement. The MEC was also requested to report on a quarterly basis to the NCOP on the status of the intervention.

“We are going to fully implement these recommendations, as a way of correcting the wrongs dating back to 2016. The recommendations are going to assist in resolving the deep-seated rot, which subsequently denied the residents of Tshwane of much-needed services,” Maile concluded.

We are dismayed – DA responds

The DA, which ran the municipality from 2016 after forming a coalition with smaller parties, called the report tabled by the NCOP “factually flawed”.

The DA’s Tshwane mayoral candidate, Randall Williams, said it was a clear indication the NCOP and Cogta Minister Nkosazana Dlamini Zuma had “failed to hold Maile accountable for the misleading information he continues to dish out to the public”.

The party was taking this matter to court on 24 March and was confident “that it will be set aside”.

“This outcome sets a dangerous precedent where municipalities that do not have an outright majority will be forced to go to elections every 90 days if parties do not agree in council,” Williams said.

He added that the sudden rush to have the NCOP certify the Gauteng provincial government’s intervention in the Tshwane municipality was nothing short of political exploitation and an incorrect interpretation of the Constitution.

“If the MEC was serious about assisting the City of Tshwane and not attempting a power grab through the backdoor, it should have approached the SA Local Government Association to assist in finding solutions, and lobbied all parties to work together,” Williams concluded.