He called on Cogta MEC Sipho Hlomuka and the portfolio committee to 'prioritise this matter'. 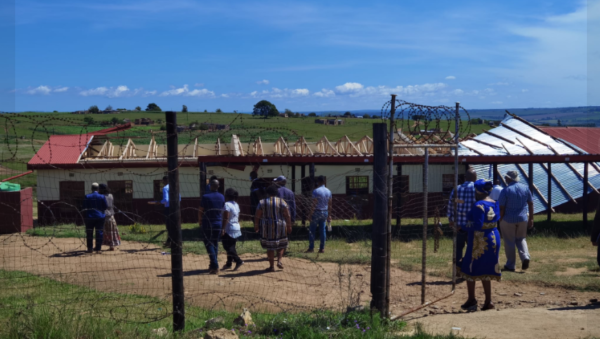 The eDumbe municipality in KwaZulu-Natal has come under the spotlight after its disaster management centre was found to be in a dilapidated state.

The DA conducted an oversight inspection and found that the disaster management system in the area was “virtually non-existent”.

“The DA is concerned about the state of readiness of the eDumbe municipality to respond to disasters. We do not believe that either this local municipality or the Zululand District Municipality meet the requirements of the Disaster Management Act,” DA MPL Chris Pappas said.

Even though the municipality is located in a high-risk area for drought, fires, heavy rain, lightening and high winds, no proper disaster management was found, Pappas added.

He said that during the inspection it was discovered that eDumbe’s fire department only has eight firefighters and “one old fire engine that is not capable of servicing the municipality”.

“As a result, reinforcements are often called in from abaQulusi. To add to this, the chief traffic officer is also the head of the fire services, licencing office, firearms control office and the disaster management office. This is an untenable situation.”

He said there were several other issues, including “discord” between the functions and duties of the district and local spheres of government, leading to “duplication of work, wasting of resources and in some cases, misalignment when it comes to who is responsible for which function”.

“Victims are then caught up in the crossfire.”The eDumbe Municipality has come under the spotlight following an oversight the visit. Cogta have conceded there is a budget shortfall for disaster management in the area.

Pappas said there was no volunteer structure in place and that there was a municipal budget allocation “which does not nearly support the type of response that a municipality should be providing”.

He further claimed there was no long-term planning or forecasting around disaster management and disaster mitigation and that local bridges were not constructed “in a manner that provides safe passage during flooding – a seemingly obvious design error that must be investigated”.

“It is clear that years of financial mismanagement and a lack of proper budgeting have left the eDumbe municipality in a position where it is unable to adequately support residents in times of crisis. In addition to this, there are clearly tensions between the local and district municipalities, the result of which impacts on resource allocation and functional alignment,” Papas said.

He called on Cogta MEC Sipho Hlomuka and the portfolio committee to “prioritise this matter”.

Provincial Cogta department spokesperson Senzo Mzila said they were working closely with municipalities to address issues pertaining to funding shortfalls and “building capacity for mitigation and efficient response to disasters”.The eDumbe Municipality has come under the spotlight following an oversight the visit. Cogta have conceded there is a budget shortfall for disaster management in the area.

“This is being done in a climate of limited fiscal resources. A number of innovations are being tried out, which include the shared service model so as to rationalise the availability of disaster teams to support to municipalities, irrespective of their resources.

“The eDumbe Local Municipality has also prepared and submitted a comprehensive business plan to the department to solicit funding for the establishment and resourcing of the Local Disaster Management Centre.”

He said that in the meantime, the provincial Cogta department and the Zululand District Municipality “continues to provide technical support and resources to ensure the efficient response and recovery measures to communities devastated by disasters in eDumbe Local Municipality”.

No trace of contractor who scored R6.4 million to build half a stadium
18 hours ago
18 hours ago

No trace of contractor who scored R6.4 million to build half a stadium
18 hours ago
18 hours ago