The separation of Eskom's transmission division is expected to be completed by December this year. 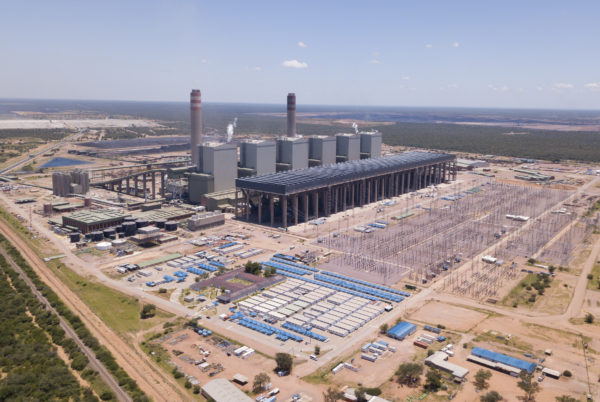 In his weekly  newsletter to the nation, President Cyril Ramaphosa reflected on South Africa’s state-owned enterprises (SOEs), having announced the decision for the establishment of the National Ports Authority as an independent subsidiary of Transnet.

With government being the sole owner of all port infrastructure through the National Ports Authority, Ramaphosa noted that their approach to state ownership “is informed by the need for the effective functioning of key network industries”.

“The balance between these different forms of ownership should be determined by the developmental needs of the country,” Ramaphosa said.

The President also revealed that government has begun the process of restructuring Eskom into three different SOEs, in which each of them will be responsible for generation, transmission and distribution.

“This is because the previous structure of Eskom was ill-suited for a changing energy landscape. It had become inefficient and costly and was not sufficiently transparent,” he continued to say.

Ramaphosa further explained that the establishment of a transmission entity, in particular, will mean that Eskom will be able to purchase power from a broader range of providers – both in the private and public sectors.

“This will improve transparency, increase competitiveness and promote the purchase of lowest-cost electricity,” he added.

Read his full letter below:

For some years now, South Africa’s state-owned enterprises have mostly been associated in the public eye with state capture, financial mismanagement and inefficiency. In addition to needing regular bailouts from government, some of the country’s biggest and most important state-owned companies have been struggling to meet their mandates.

These state-owned enterprises (SOEs) should be at the forefront of economic and social transformation.

They are responsible for providing the infrastructure and the services on which the economy depends, whether it be in the generation of electricity, commuter transport, water provision, freight logistics or telecommunications.

It is important to remember that the state does not own these companies simply for the sake of it, or because this is what the democratic government inherited from the apartheid state.

Rather, our approach to state ownership is informed by the need for the effective functioning of key network industries, such as energy and ports, and by the need to ensure that the basic needs of all South Africans, particularly the poor, can be met.

Successive democratic administrations have supported the idea of a mixed economy, comprising public, private and forms of collective ownership. The balance between these different forms of ownership should be determined by the developmental needs of the country.

We firmly believe that public ownership is necessary in critical sectors of the economy and that the country needs robust SOEs that are able to drive economic growth and transformation.

This is particularly the case in the delivery of public goods such as electricity and water, where SOEs are able to pursue a developmental mandate in the public interest as opposed to a purely commercial one.

That is why we have made it a priority of this government to turn these companies around, to root out corruption, to improve their governance and to enable them to play the role they should in driving economic growth and employment creation.

To this end, we have embarked upon a number of reforms to strengthen these SOEs so that they can produce the results that the country needs and expects. These reforms are not intended to weaken the public sector or to reduce its role, but to make it a more dynamic and effective part of our economy.

Given the number of SOEs and the differences between them, we are not applying a blanket policy to these reforms.

An intervention that works for one SOE may not be appropriate for another, requiring a case-by-case approach.

One of the most important reforms is in the energy sector. We have begun the process of restructuring Eskom into three different state-owned entities, responsible for generation, transmission and distribution respectively. This is because the previous structure of Eskom was ill-suited for a changing energy landscape. It had become inefficient and costly and was not sufficiently transparent.

The establishment of a transmission entity in particular will mean that Eskom will be able to purchase power from a broader range of providers, both private and public. This will improve transparency, increase competitiveness and promote the purchase of lowest-cost electricity. The result of the changes currently underway will mean that households and businesses should be able to buy electricity at a lower cost and be sure of a reliable supply.

Through the renewable energy independent power producers programme, there has been significant private investment in energy generation. With the proposal to raise the licencing exemption for embedded generation – where companies produce electricity for themselves and other commercial users – from 1 MW to 100 MW, we can expect even more private investment. This is vital at a time when the country is suffering from severe and sustained electricity shortages and where neither Eskom nor the state is able to invest in new generation capacity.

Importantly, these reforms will give Eskom the space to address its financial and operational challenges. They provide a clear path towards a more efficient, financially sustainable state-owned utility that is able to provide cheaper, cleaner energy to all South Africans.

Another critical reform, which we announced last week on a visit to Cape Town port, is the establishment of the National Ports Authority as an independent subsidiary of Transnet.

This is not a sudden development; it has been in the pipeline for more than 15 years since the promulgation of the National Ports Act in 2005.

This a crucial part of Transnet’s broader strategy to revitalise our logistics infrastructure.

Transnet plans to invest R100 billion over the next five years in upgrading its infrastructure across the ports system. This will make our ports more efficient and our exports more competitive, and benefit the entire economy.

For the ordinary consumer, it will mean reduced prices in the long term for many of our goods. For our exporters, it will mean greater competitiveness in global markets.

As our exports grow, our economy will expand and create more jobs. More efficient ports will make the entire economy work better – and as port volumes increase, jobs will be created at the ports themselves.

Establishing the National Ports Authority as a Transnet subsidiary with its own board will, among other things, mean that revenues generated by the ports can be used to replace old equipment and upgrade and expand our ports, work which has been delayed for more than a decade.

It will also encourage the ports authority to treat all terminal operators fairly and equally in the interests of port users.

Among other things, these reforms will encourage greater private investment in the country’s economic infrastructure. Some people have expressed concerns that this will diminish the importance or reduce the value of SOEs. In fact, the contrary is true.

These reforms will ensure that while strategic infrastructure remains firmly in state hands, our SOEs will become more efficient and the industries they support will become more competitive.

Equally, these reforms are important to ensure that SOEs implement their broader developmental mandates to support all citizens and the economy.

As we undertake this process of transformation, we are committed to deepening our engagement with labour to ensure that the voices of workers are heard in determining the future of these entities.

Our policy remains that SOEs must play a crucial developmental role in supporting the growth of our economy. Our task is to place them on a sound footing, so that they can serve their ultimate shareholders – the South African people.

This will enable these companies to fulfil the task for which they exist – to foster inclusive economic growth, to promote the creation of jobs across the economy and to ensure all South Africans receive affordable, quality services.

READ NEXT: South Africa’s SOE spend in a fantastical realm