‘I took the decision’: Arthur Fraser on why he released Zuma against board’s advice

His decision to place the former president on medical parole was 'legal and procedural', says prisons boss. 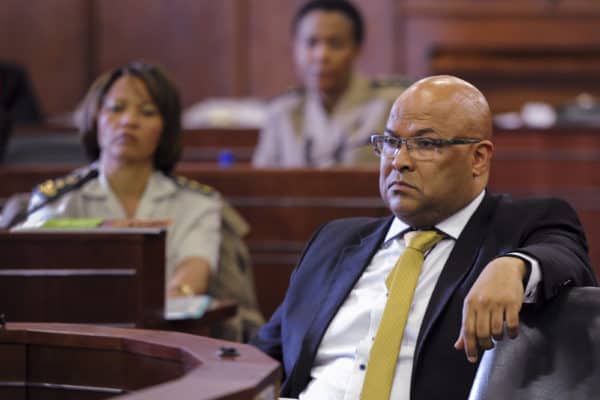 National Commissioner of Correctional Services Arthur Fraser said on Wednesday that he used his position as institutional head to overrule the medical parole board’s recommendation to keep former president Jacob Zuma in prison.

Speaking to Vuyo Mvoko on SABC’s The Watchdog, Fraser said he gave his reasons in writing, and the documentation could be available to anyone, including parliament.

This despite his knowledge of the perception that he is a “Zuma man”.

“I know the noise and perception were created that I was Jacob Zuma person; the only thing that I know is that I was appointed by him into the position of director-general in the SSA,” said Fraser before explaining the procedure that eventually led to the former president’s freedom.

How the former president ended up in a care facility

“With regard to any person that has to take parole, there is procedure, there are laws. He came into our facility and we had a responsibility to provide security and care, as in all instances. When we admit a person into our facility, we make sure that we do a full assessment, including a health assessment.

“Every offender that is incarcerated by the department will have to be able to give a history of themselves – both health and otherwise. Then we assess how we categorise them and where we are able to place them. What I know happened after that is that at the onset he declared his comorbidity. Additional to that, he was still under the care of the South African military health services. They had also provided us with an assessment on his first day of admission. That is when we realised that we’ve got a person in our custody who actually is frail.

“We then received further medical reports that indicated that he requires specialised treatment. It was only around the third report that we received where the medical team in conjunction with our team indicated that he can no longer be kept in our facility, because the type of care he required we are not able to provide. This assessment is made with every other offender that we have in our facility. Doctors and nurses write to the head of the centre to say we have a situation, please transfer. When we are directed by health officials, we are obligated.”

The former president was then moved to a care facility for “medical observation” and ended up having a surgical procedure, the department of correctional services announced in a statement last month.

While he was there, Fraser said the department got further reports that there was a range of procedures that needed to happen.

This is also when an application for medical parole was made.

“We directed it [the application] to the relevant structures and the medical parole board. They allocated a doctor to go and do an observation,” he said.

Based on the observation, recommendations were then made to the medical parole board and the board did not approve for medical parole because they indicated that he was in a stable condition, he continued.

“I took the decision to place him on medical parole and I have given a host of reasons. The reasons are available in documentation and will be presented to whoever needs to see,” said Fraser.

His decision to place the former president of on medical parole was “legal and procedural”, concluded Fraser.