Why healthy living is hard for young women in Soweto

Young women have identified barriers to healthy eating and exercise, with many saying they are afraid to exercise on the streets because they feared being assaulted or harassed. 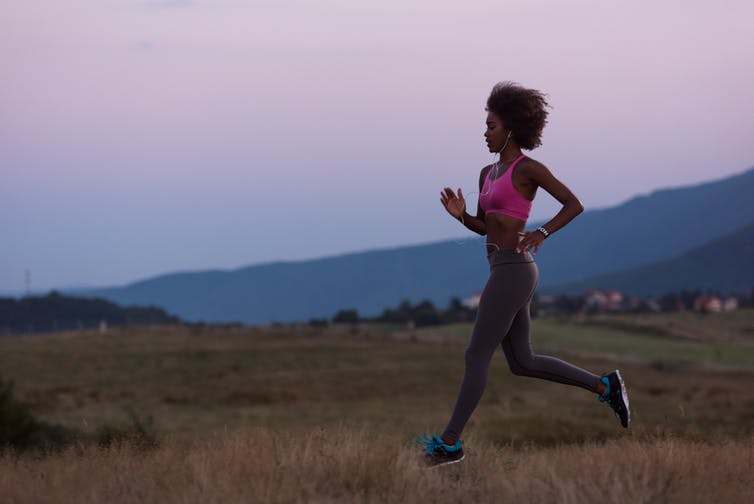 Women in Soweto said going out in exercise clothes made them vulnerable to harassment and assault. Image: dotshock/Shutterstock

Data from South Africa has shown that over two thirds of young women are overweight and obese. This predisposes them to non-communicable diseases such as diabetes and hypertension. Most women are not exercising enough, and consumption of processed and calorie-dense foods and high amounts of sugar is common.

It was this knowledge that sparked the establishment of the Health Life Trajectories Initiative. It’s being run in South Africa, India, China and Canada and aims to provide interventions that can help young women stay healthy before, during and after pregnancy. In South Africa, this randomised controlled trial will provide one-on-one support as well as peer group sessions to over 6,000 young women. The idea is provide them with information, and to help them set and maintain goals for healthier lifestyles.

Researchers from the Medical Research Council and Wits University’s Developmental Pathways for Health Research Unit are running the South African arm of the study. We wanted to start by better understanding our target population – that is, young women aged between 18 and 24 living in Soweto. Soweto is a large, densely populated urban township which comprises one third of Johannesburg’s population.

Soweto is becoming rapidly urbanised, but the majority of people are still very poor and struggle to provide food for their families.

We conducted a series of focus group discussions and in depth interviews to unravel health behaviours, barriers and facilitators to wellbeing and health with young women from Soweto who had not yet had a child. We also asked them about what sorts of interventions they’d prefer to support and guide them.

The women offered important insights that showed it’s not enough to simply promote healthy eating and exercise without considering the very real environmental and structural constraints present in South Africa.

The 29 participants spoke about many different facets of health. These included happiness and mental wellbeing, faith, social support, body image, and lifestyle behaviours.

They identified many barriers to healthy eating, among them the cost of and access to healthy food options. Some women also said they had little access to exercise facilities such as gyms and were afraid to exercise on the streets because they feared being assaulted or harassed.

One woman said: “No, I don’t feel safe because we have drug addicts, traffic, women trafficking: it’s not safe for us to walk in the streets.”

The women we interviewed painted a picture of an environment in which healthy behaviours are difficult to implement or sustain. One said: “Small businesses that are opening up in my community and they all sell fries, literally they just all sell fries …”

Women told us that cheap and unhealthy fast foods are on every street corner: “bunny chow” – hollowed out bread stuffed with curry – vetkoek (a fried dough bread stuffed with different fillings) and fried chips are affordable and available within a few steps of most houses. As a result, women did not want to go out of their way to purchase healthier, more expensive foods.

Our interviewees also didn’t feel able to demand that healthier food be bought for their homes, because many were not contributing financially and were therefore not in a position to control food purchases. Women reported being financially dependent on relatives and male partners.

They also said that opportunities for physical activity were neither provided nor prioritised for women in Soweto. Some women said that a lack of facilities made it difficult for them to participate in any exercise, as they did not have access to gyms or fields to exercise.

Other women told us that there were gyms, sports grounds, parks, and even free aerobics classes at community halls in their area. However these facilities often get vandalised quickly, and can no longer be used. More importantly, they didn’t feel safe enough to exercise on the streets, perhaps by jogging or running. They also felt unsafe walking around in leggings or tights. Women were fearful of human trafficking, sexual assault, and violence – very real issues in this community.

Crucially, our research found that young women did not see obesity as a sufficient reason to change their behaviour. But they said they would be motivated to exercise and eat better if they were diagnosed with a non-communicable disease like diabetes.

This suggests that obesity has become normalised in South Africa – and this needs to be addressed.

These findings are now being worked into our interventions, and we are cognisant of the contextual realities that may affect young women’s ability to change their lifestyles. We hope that this research, along with whatever findings emerge from our interventions, will inform policy makers and motivate them to implement necessary changes in this community.

Women in Soweto and in South Africa in general need support to live healthier lifestyles. This support needs to come from policy makers. If South Africa does not step up and support young women by providing them with access to safe spaces and affordable healthier foods, and by controlling the oversupply of unhealthy options, the country may not be able to curb its ever increasing rise in obesity and related non-communicable diseases.

Alessandra Prioreschi, Associate Director and Researcher at the Developmental Pathways for Health Research Unit (DPHRU), University of the Witwatersrand