E-cigarettes have become the in thing. 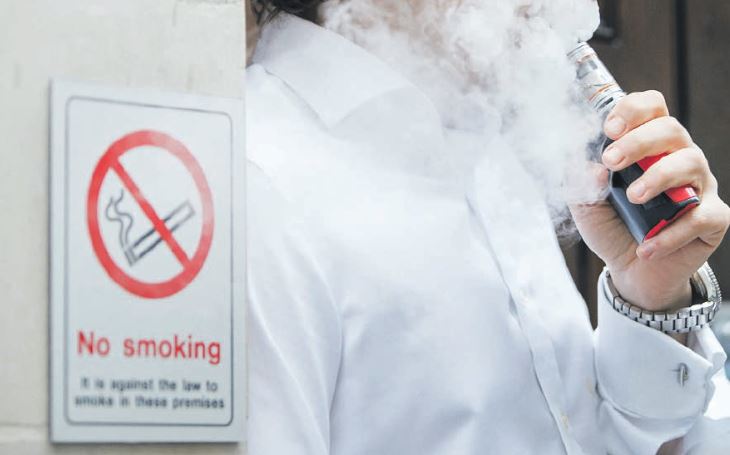 Picture for illustration purposes. A smoker is engulfed by vapours as he smokes an electronic vaping machine. Picture: AFP

A nagging morning cough, disgusting phlegm oozing out of his mouth and the putrid tobacco stink were the main reasons Pretoria production supervisor Martin van Eeden switched from smoking to vaping.

For more than five years since he ditched the traditional cigarettes for the electronic version, the cough, the phlegm and the stink is gone and the 27-year-old’s girlfriend could not be happier. He had been smoking cigarettes for almost a decade when he made the switch.

“Every morning I woke up with a nasty cough and I always had this disgusting phlegm coming out of my mouth. I was always stinking like an ashtray and my girlfriend always complained. I decided to turn my back on the ‘stinkies’, as my girlfriend calls them, for the e-cigarettes,” he said.

E-cigarettes have become an in thing, a familiar sight in public places; a massive cloud of smoke billowing into the air as vapers suck on their vapour machines touted as tools to help smokers bring down their nicotine intake.

But the use of e-cigarettes has been linked to conditions such as chronic obstructive pulmonary disease and, if used during pregnancy, could cause sudden infant death syndrome.

According to Savera Kalideen of the National Council Against Smoking, studies have also linked the use of e-cigarettes to increased heart rate and high blood pressure, which are often precursors to heart disease.

E-cigarettes were the most commonly used form of tobacco among young people in the US and had overtaken the use of combustible cigarettes, cigars, chewing tobacco and water pipes.