The National Institute for Communicable Diseases confirmed on Thursday that there have been no cases of the coronavirus in Africa, and that authorities and medical staff have been briefed. 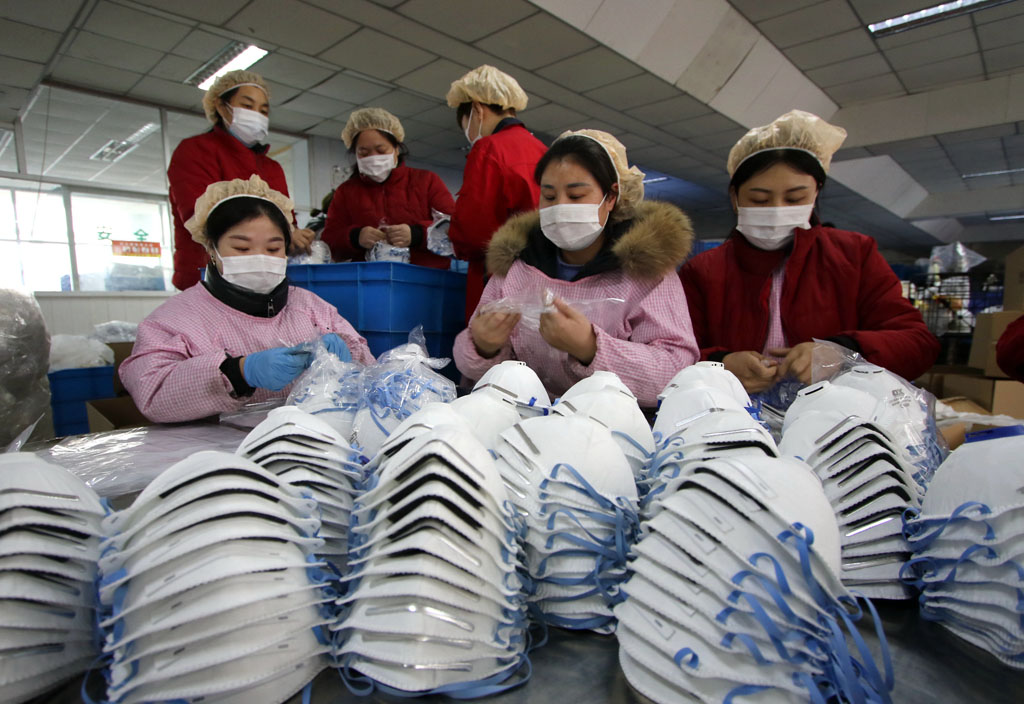 Workers manufacture protective face masks in a factory, as face mask stocks run low amid the outbreak of coronavirus, in Handan, Hebei Province, China, 23 January 2020. The outbreak of coronavirus has so far claimed 17 lives and infected more than 550 others, according to media reports. Authorities in Wuhan announced on 23 January, a complete travel ban on residents of Wuhan in an effort to contain the spread of the virus. EPA-EFE/STRINGER CHINA OUT

The World Health Organisation (WHO) has issued a warning to people across the world to protect themselves and those around them from the spread of the new coronavirus (2019-nCoV), reports Pretoria East Rekord.

“On 31 December 2019, the World Health Organisation (WHO) China country office reported a cluster of pneumonia cases in Wuhan City, Hubei Province of China,” the organisation said on its website.

“As of 21 January 2020, 270 cases have been confirmed including at least four deaths in Wuhan City in China.”

“In addition, 21 cases in other cities have been reported in China (five in Beijing, 14 in Guangdong and two in Shanghai) and four cases outside China (two in Thailand, one in Japan and one in South Korea).”

“The majority of the cases from Wuhan were epidemiologically linked to seafood, poultry and live wildlife market (Huanan Seafood Wholesale Market) in Jianghan District of Hubei Province.”

WHO said the virus did not match any other known virus.

“This raised concerns because when a virus is new, we do not know how it affects people.”

The National Institute for Communicable Diseases (NICD) confirmed on Thursday that there have been no cases of the coronavirus in Africa.

The NICD and the Department of Health have developed and distributed clinical guidelines and case definitions to doctors and nurses to better detect, identify and respond to a 2019-nCoV case, according to a statement released by the NICD on Thursday.

In addition to enhancing detection and response to possible coronavirus cases, the NICD said South Africa has fever screening in place at ports of entry, and documents explaining the virus and what to do should it be detected have been distributed to staff working at the ports.

According to the WHO, individuals who fulfill the following criteria should be investigated for infection with 2019-nCoV:

– Severe acute respiratory infection (SARI), with history of fever and cough requiring admission to hospital, and no other aetiology that fully explains the clinical presentation (clinicians should also be alert to the possibility of atypical presentations in patients who are immunocompromised); AND any of the following:

– A history of travel to, or a person who lived in Wuhan, Hubei Province China, in the 14 days prior to symptom onset; OR

– Disease occurring in a healthcare worker who has been exposed to an environment where patients with SARIs are being cared for, without regard to place of residence or history of travel; OR

– Respiratory symptoms which progress to an unusual or unexpected clinical course, especially sudden deterioration despite appropriate treatment, without regard to place of residence or history of travel, even if another aetiology has been identified that fully explains the clinical presentation.

To prevent infection, the following steps have been suggested:

– covering mouth and nose when coughing and sneezing

Travel ban on SA: What we know so far
3 days ago
3 days ago

Travel ban on SA: What we know so far
3 days ago
3 days ago