The scooter initiative sparked outrage across the country with, some people accusing the department of corruption. 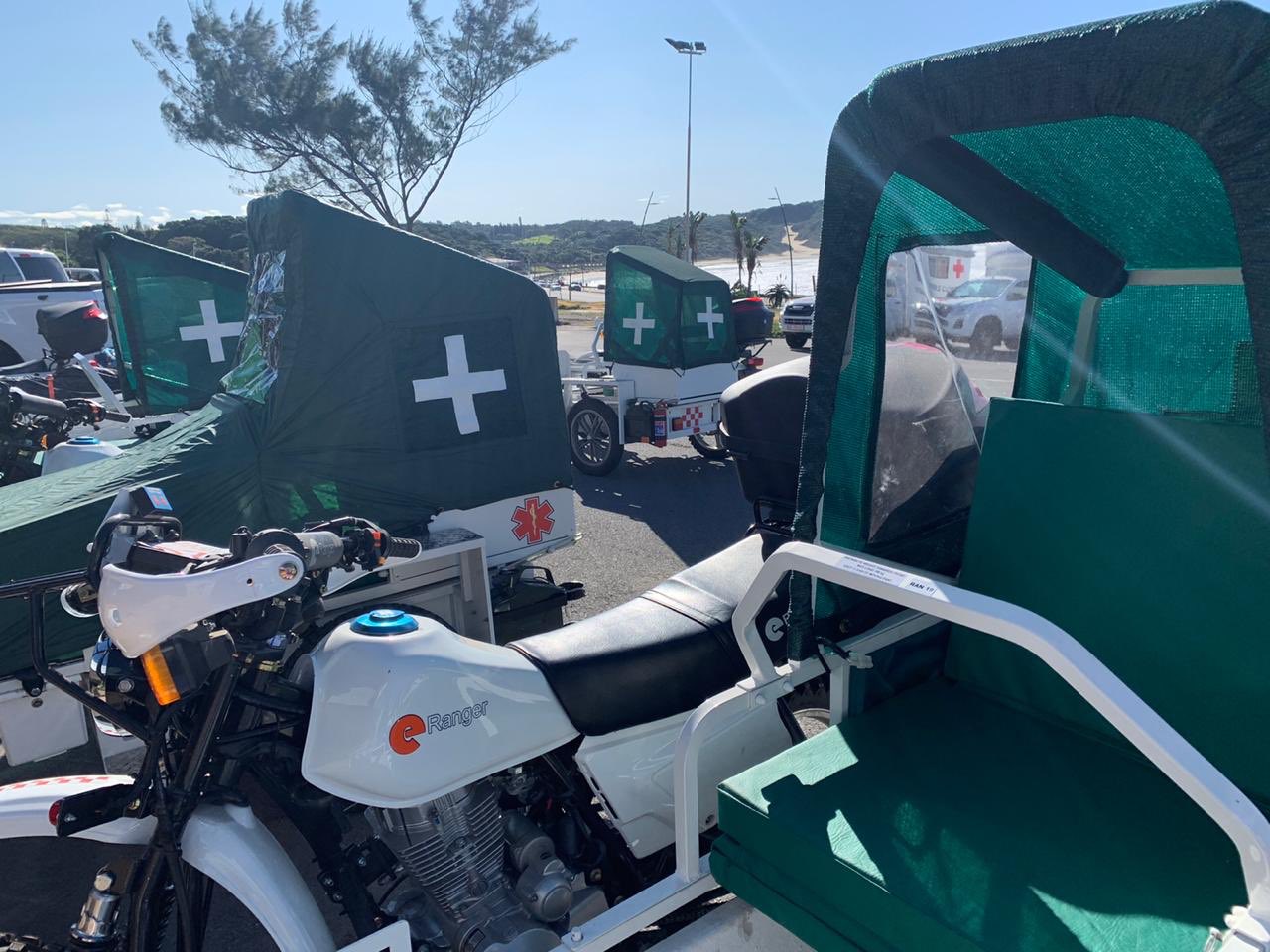 A R10 million tender awarded to a King William’s Town company to supply 100 ambulance scooters to the Eastern Cape Department of Health, is now under investigation.

The department confirmed that the Bid Adjudication Committee (BAC) was reviewing the processes followed in the awarding of the deal.

Provincial health department spokesperson Siyanda Manana said the committee was acting due to “public discomfort” over the deal.

On 12 June, Health Minister Dr Zweli Mkhize and Eastern Cape Health MEC Sindiswa Gomba unveiled six scooters fitted on the side with a bed, overhead gazebo with a first aid kit and oxygen on board.

On the day, Gomba announced that the department had acquired 100 of the scooters from Fabkomp Holdings PTY LTD to ferry patients from far-flung remote rural areas to clinics and hospitals.

Fabkomp owner Brian Harmse, who attended the launch, said the scooters were an answer to challenges faced by villagers who must carry the sick in wheelbarrows due to the challenging terrain.At the time he said his scooters were capable of riding on sand or gravel roads.

The scooter initiative sparked outrage across the country with, some people accusing the department of corruption.

Many called for an inquiry into the acquisition of the scooters, questioning the figure and demanding transparency.

Manana said: “The BAC is re-looking at the processes so that in the event that we are challenged we can be assured of a process that can stand the legal challenges. We are engaging with stakeholders especially the portfolio committee to ensure we find common ground.”

When News24 contacted Harmse for comment, said he welcomed the review.

“The review is fair, and the oversight committee has to check that the process is fair and clean. They do this from time to time.”

Asked if he received payment for the 100 motorbikes, Harmse said: “No, we never got any money paid to us and we still do not have an order number either.”

Responding to the question of how the company clinched the tender, he said: “We tendered like everyone else did. By the way, we did not pay anyone a backhand either.

“We have not received an ‘order number’ to supply the Sidecar Clinics. We have only received the letter of award. We have not been paid upfront or received a deposit.

“We had a team from Health and Transport (departments) doing due diligence before we received the letter of award. They wanted to see our production facility; proof that we had supplied clinics before; our quality systems and to make sure we were not just middlemen making a quick buck. We employ 160 people.”