Woman falls to her death at music festival in North West 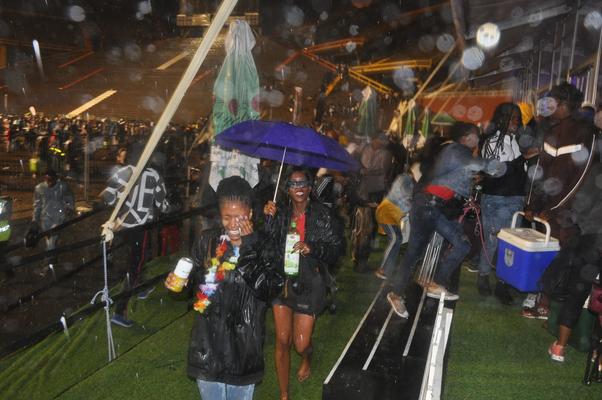 An unidentified woman has fallen to her death at the Mmabatho Stadium during the the Mahika Mahikeng Maftown Heights Music Festival, North West police said on Saturday.

Brigadier Sabata Mokgwabone said the woman, estimated to be in her 20s, fell from a stadium stand at about 1am on Saturday morning.

“According to information available at this stage, the woman was immediately treated by a doctor and paramedics, but she sadly passed on and was certified dead on the scene,” he said.

“The police request anyone who can assist in identification of the woman or tracing of her family to contact Colonel Olebogeng Moraka at 082-569-2334 or Detective Warrant Officer Andries Moepeng at 082-455-4486.”

Rain sent revellers running for the stadium stands to take cover after they had been dancing on the open soccer field.