The elderly woman was stabilised and placed onto a trauma board before being loaded into the ambulance. 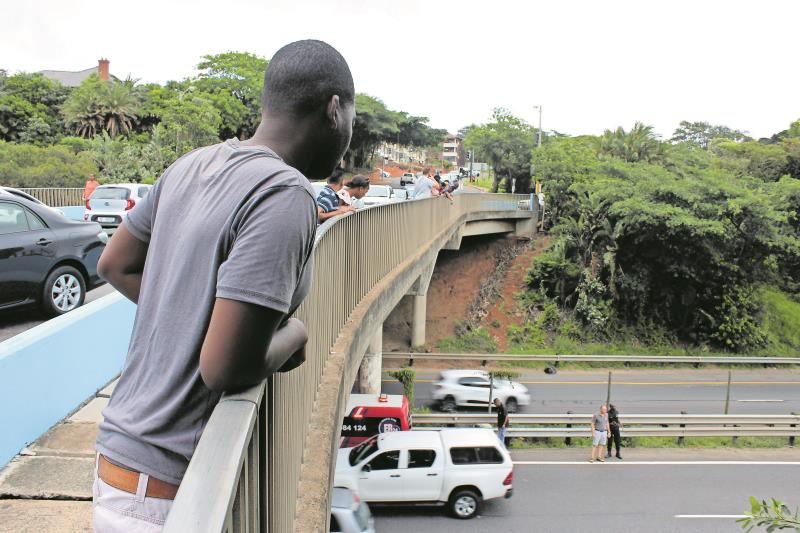 Passers-by and motorists who stopped on the Adams Road bridge peer over the railing onto the N2, where paramedics treat a woman who fell and landed in the centre median between both carriageways.

Rush-hour commuters saw a woman mount the Adams Road bridge railing before she fell onto the narrow centre median of the N2 carriageway on Wednesday morning, reports South Coast Sun.

The elderly woman was seen by two motorists who were travelling west over the Adams Road bridge at about 7:35am.

Both motorists stopped as they saw her slowly pull herself over the bridge railing. By the time they made it across the congested bridge, she had fallen onto the narrow median between the north and southbound carriageways.

When the South Coast Sun reporter turned into Adams Road mere minutes later, there were four people on the bridge, peering over the railing at the traffic below.

Tow trucks were quickly followed by an ER24 ambulance in response. As some worked to marshall and slow the busy N2 traffic on the southbound carriageway, the woman was stabilised and placed onto a trauma board before being loaded into the ambulance.

Once the ambulance left for the hospital, traffic quickly resumed.