The land upon which the shacks are built is waterlogged and sewage water flows freely. 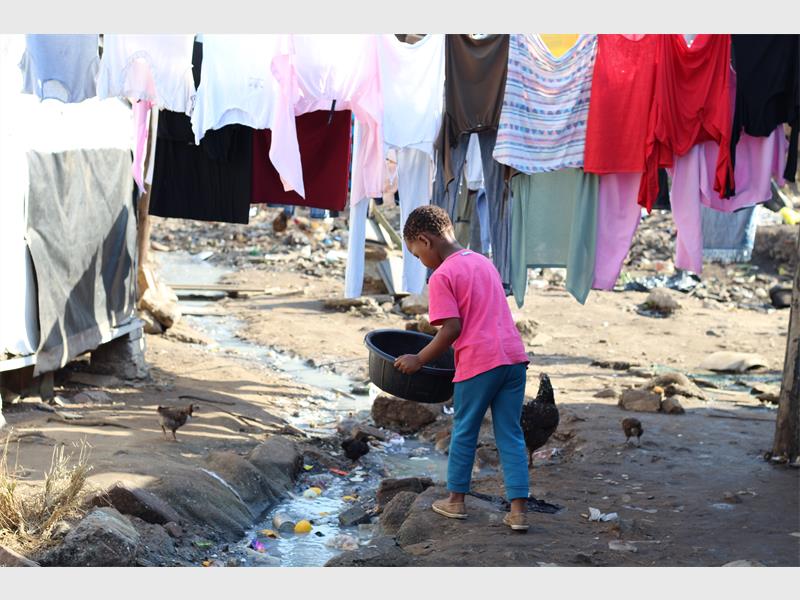 Children are exposed to the raw sewage stream.

A stream of raw sewage, flowing openly at Lacey Road informal settlement, has become a major concern for parents of children with sores on their skin.

During a recent visit to the settlement, a parent complained to the Berea Mail, saying the stream of sewage was the cause of a skin rash that had developed among children in the settlement. The sewage is flowing next to a communal tap used by the community.

“Our kids are suffering from this, just look at them, they have nowhere to play and they end up playing in the dirty water. Most children here have a bad rash on their skin, most of our time and money is spent on medication. Children are supposed to have beautiful glowing skin but not ours, they constantly scratch themselves and have sores all over the body,” said the resident.

Dr Andrew Grunow, who works at a nearby clinic, said the skin infection might possibly be Natal sores, also known as impetigo, caused by a bacteria, Staphylococcal coccus aureus, or as a result of scratching the itchy skin condition, scabies.

“One of the preventative methods is to wash the body, wash bedding, clothing and shoes in hot water. A child with impetigo should be kept home from school or daycare until appropriate treatment has begun,” he said.

Resident and community activist, Ntombifikile Jwara said: “Our main issue is housing. We are faced with many issues such as water and sanitation, but our local councillor has been helpful with taking our grievances to the relevant people. We are thankful for people such as Christopher Pappas, who really care for the impoverished community. Others are just using us for their political agendas and votes.”

The settlement, which is sandwiched between Sydenham and Overport, was established in 1995 with only two shacks, and today is home to as many as 700 people.

The land upon which the shacks are built is waterlogged and sewage water flows freely between the structures, forming channels and posing a serious health risk to residents. According to the last count done in early 2015, there were 181 recognised housing structures (excluding extensions).

The shacks are built on private property, owned by the provincial government and zoned educational 1 on the North Central scheme. With no pathways or roadways, access to the settlement is limited and poses a problem for ambulances and taxis.

According to former ward 31 Councillor, Christopher Pappas, he recently wrote to the Human Rights Commission in KZN to highlight the plight of the people of the Lacey Road Informal Settlement.

“For the past six months, the people of Lacey Road have been subjected to dirty water running through their homes and creches. Numerous reports to the municipality have gone without resolve. Calls, emails and site visits have resulted in no action and real change on the ground. I took the decision to write to the Human Rights Commission because the municipality has failed to deal with the inhumane conditions that people are being exposed to,” he said. 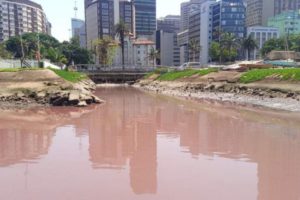 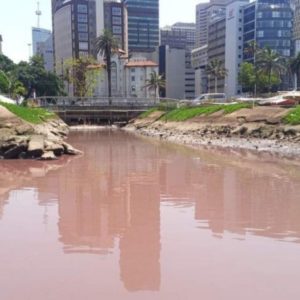