Police believe the girl was playing with other children when she accidentally fell off a cliff and died before paramedics could reach her. 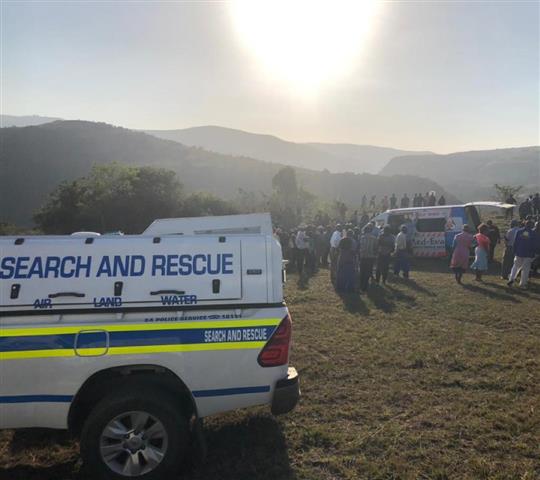 The scene of the tragic accident in Izingolweni. Image: Med-Evac Ambulance Services

Izingolweni police have opened an inquest docket for investigation after a young girl fell 30 metres down a cliff in the area, reports South Coast Herald.

According to Glen Preston of Med-Evac Ambulance Service, the girl died before help could reach her.

Police spokesperson, Sergeant Sibu Ncane said the eight-year-old child fell off the cliff in the Mdlazi area in Izingolweni on Wednesday at about 3pm.

“It is believed that she was playing with other children when the accident happened. Police Search and Rescue Unit together with paramedics responded, but the child was declared dead. Investigations are continuing,” he said.