Carel Plaatjies says three other young boys have died as a result of illegal connections in Vastrap Informal Settlement. 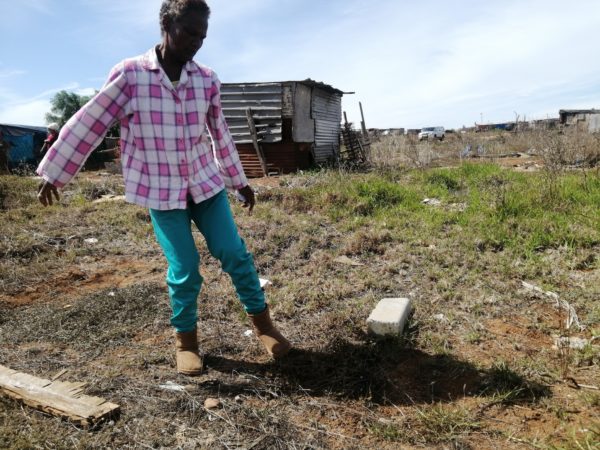 Carel Plaatjie shows the spot where her grandson, Jordan Potgieter, 3, was electrocuted by an exposed illegal cable while playing near his home on Sunday. Picture: Mkhuseli Sizani

Three-year-old Jordan Potgieter was playing with friends on an open field near his home in Vastrap Informal Settlement, Gqeberha, on Sunday afternoon when he was electrocuted by a live izinyoka cable.

Jordan’s grandmother, Carel Plaatjies, 56, saw her grandson die in her arms. “I was standing with my neighbour watching him run up and down playing with a kite with other children. A few minutes later I saw him lying down being electrocuted,” she said.

“I tried to remove him from the wire but I got electrocuted too. I had to kick him away in order to free him from the wire. He tried to breathe a little but I could see he was dying. I cried, begging him not to leave me. I couldn’t save him. He died in my arms,” she said tearfully.

Plaatjies said three other young boys had died as a result of illegal connections in the area.

She said conditions in the settlement were very bad. In 2006, her granddaughter’s arm was burnt during a shack fire.

“I survive on a disability grant and per litre of paraffin I pay R20. Other community members also survive on child support grants. Electrification of our shacks would make our lives easier and save many lives,” said Plaatjies.

Police spokesperson Captain Sandra van Rensburg confirmed that Jordan had died after 1pm on Sunday after falling on the exposed live wire.

Municipal spokesperson Mthubanzi Mniki said the Nelson Mandela Bay Municipality had pleaded with residents not to make illegal connections. “Illegal connections remain a criminal act. The municipality continues to electrify shacks across the City. The electrification work also depends on the availability of budget,” said Mniki

Vastrap Community leader Octavia Mento said the community needs an urgent meeting with human settlement officials. Since September, only 163 people have been relocated to Jaagvlakte instead of intended 327.

“If our relocation had gone according to plan and residents put on municipal sites with electricity, we would not have lost this child,” said Mento.

This story first appeared on GroundUp. 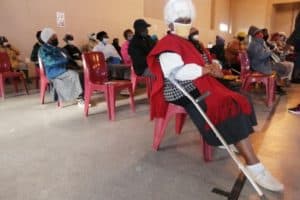 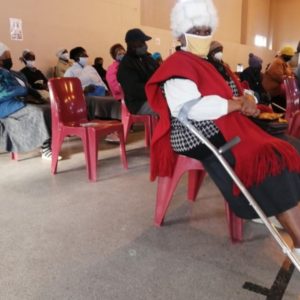 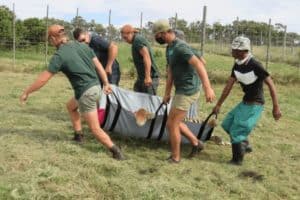 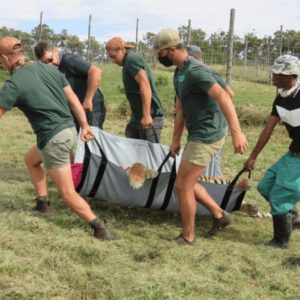