While attending to an accident involving an off-duty officer, a suspected drunk driver crashed into them, killing two TMPD employees. 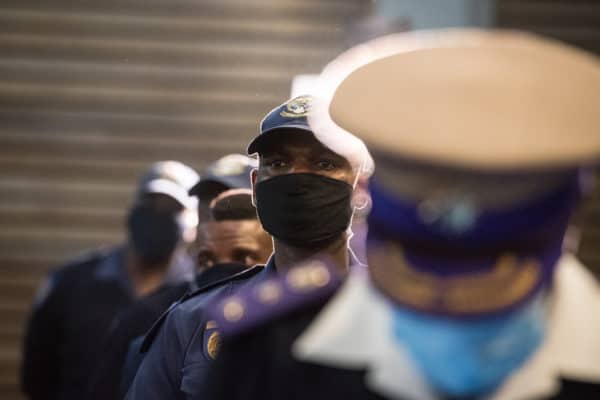 TMPD Officers can be seen at the memorial service being held for the three TMPD officers that were killed by a drunk driver in an accident, at the TMPD headquarters in Pretoria, 26 August 2020. Picture for illustration only: Jacques Nelles

According to a statement released by the metro on Sunday, an off-duty TMPD officer was involved in an accident, which was attended to by two officers.

While attending to the officer injured in the crash, the driver of a Mercedes Benz crashed into the officers at the scene, killing the already injured off-duty officers, and one of the officers assisting her.

The second TMPD officer was injured in the incident.

The driver, also injured in the crash, was promptly arrested for suspected drunk driving.

“The TMPD is saddened and shocked by the death of two of its officers and would like to send heartfelt condolences to their families, friends and colleagues. May their souls rest in peace,” the metro said.

This incident occurred after officers tried to stop a vehicle driving recklessly in the Pretoria CBD.