One paramedic was shot and killed at the scene, and the other is fighting for his life in hospital. 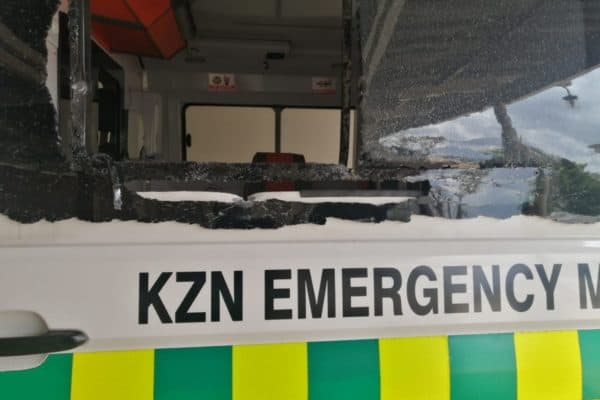 The ambulance was ambushed and shot at by unknown assailants. Photo: Supplied

The shooting of two KwaZulu-Natal paramedics in the Mabhanoyini area near Estcourt early on Monday morning has been condemned and labeled “outrageous, barbaric and cowardly” by the province’s health department.

Two paramedics responding to a call of a shooting in the area were ambushed while preparing to rush a patient to hospital.

One of them, Phumzile Dlamini, was shot dead, while her crew-mate, who has not yet been named, was critically injured in the attack.

Dlamini was a 40-year-old mother of three who came from Greytown.

She was an intermediate life support paramedic and had 10 years’ experience, KZN health MEC Nomagugu Simelane said in a statement released on Monday afternoon.

According to Simelane, the two paramedics had already picked up a patient, who had a fractured leg. While he was in the ambulance, they had to detour back to the home of another wounded man.

Once the man was secured, the paramedics heard gunshots coming from outside the ambulance. Dlamini was shot twice and died at the scene.

The second paramedic was also shot, and was rushed to hospital, where he remains in a critical condition. 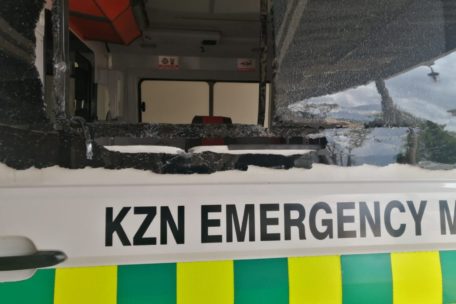 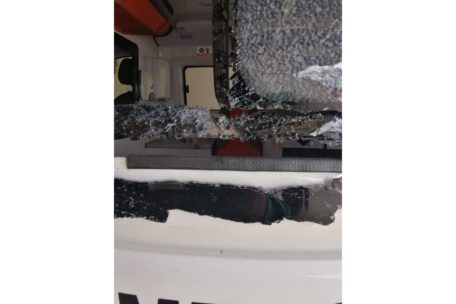 2/5
The back window of the ambulance after it was shot at. Photo: Supplied 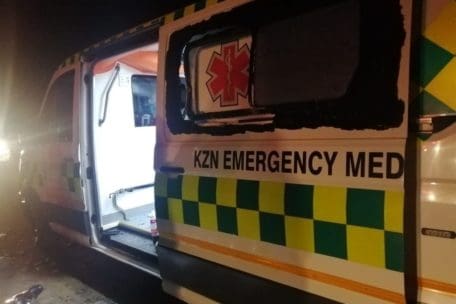 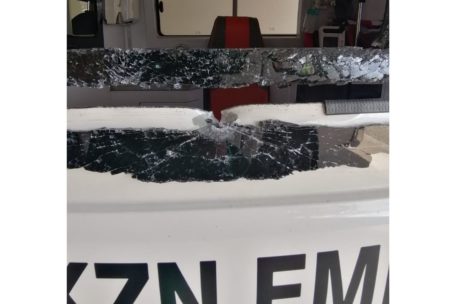 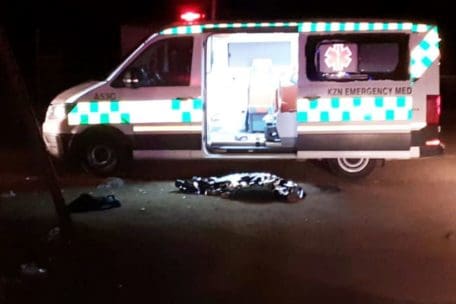 5/5
After the shots were fired, one paramedic died and the other was critically injured. Photo: Northern Natal Courier

The two patients in the ambulance were not hit in the shootout.

Caxton publication Northern Natal News reported earlier on Monday that a teenager from a home nearby was also grazed by a bullet in the incident.  Cartridges of large calibre bullets were found at the scene.

“An incident like this is spine-chilling. It is barbaric, cowardly and completely shocking,” Simelane lamented.

“It’s a strong signal that something has gone horribly wrong in our society when innocent first responders, whose core responsibility is to save lives by helping those in emergency situations, get attacked and murdered like this. It’s outrageous.”

Dlamini’s daughter is 21, and currently in university. She also has two sons, aged 19 and 12. Her husband works for the health department.

ALSO READ: Emergency services could be withdrawn due to attacks on staff in Gauteng

“We don’t even know whether her crew-mate will survive this attack; or, if he does, how his life will be from now on.

“We can only wish him a full and speedy recovery, while our healthcare practitioners attend to him.”

Simelane said incidents such as the fatal one on Sunday night were becoming too commonplace, and called on communities to “isolate and expose these heartless thugs.”

“These criminals are in our communities. Someone, somewhere, knows something about that they have done. That is why we are urging our people bring forward any information that might lead to the their arrest, so that they can be brought to book.”

She said the department was actively avoiding a situation where paramedics begin refusing to work at night.

“It’s in the interest of all of us that justice is served, and that paramedics are protected at all times.”