KZN road closures: Everything you need to know ahead of the Easter weekend

If you are braving the storm and heading to the KZN coast this weekend, there are some important road closures to take note of. 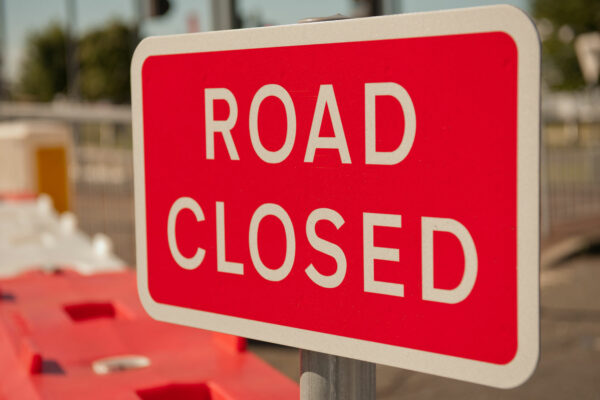 The Easter weekend is usually one of KwaZulu-Natal’s busiest weekends when scores of travellers descend on the province to bask on its beautiful beaches.

The tourism industry has had a very difficult two years, first straining under the initial national lockdown regulations imposed in March 2020 when travel was completely banned, and again in December 2020 when alcohol was banned – a deadly blow to the tourism industry who bargained on the busy December season to survive.

Now, a year and a bit later, KwaZulu-Natal’s tourism has once again been dealt a heavy blow after continuous heavy rains this past week led to deadly floods that damaged homes, businesses, roads and infrastructure in the province.

KwaZulu-Natal was declared a disaster area on Wednesday after the magnitude and severity of the impact of the severe weather events in various municipal areas of the province that resulted in the loss of life and damage to property, infrastructure and the environment caused by heavy rain, flooding, strong winds, landslides etc, was assessed.

Speaking to eNCA on Thursday, the province’s MEC for Economic Development, Tourism and Environmental Affairs, Ravi Pillay said there is no need for tourists to cancel their long weekend plans to Kwa-Zulu Natal as most of the province has been spared the flood damage and major roads are clear.

He added that while they have seen some cancellations, the good news is that the N3 is completely open which takes you right through to Durban.

The N2, both south and north bound are open except for some areas where the road is reduced to a single lane.

“Mop-up operations are underway so we urge visitors to check with their destinations if they are ready and organized to receive guests before embarking on their journey,” said Pillay.

The Drakensberg, Midlands and St Lucia areas weren’t affected by the flooding and are ready to welcome tourists.

“Heavy rain, thunderstorms, fog and poor visibility may disrupt the flow of traffic along various parts of the N3 Toll Route during peak hours on Thursday and Friday,” it warned.

Operations manager of N3 Toll Concession, Thania Dhoogra urged motorists to plan ahead to avoid additional risks such as late-night driving, tiredness and a lack of concentration.

The Mail & Guardian reported on Wednesday that the Marianhill toll plaza was grappling with a 10km long queue of trucks stretching to Hammarsdale as freight movement towards the port of Durban was suspended, because of heavy rains and flooding.

According to the South Coast Herald, the following roads have been reported as ones to avoid or take great care of while driving:

*Note, some these situations may have since been cleared.

According to the North Coast Courier, the following roads were reported as closed on Wednesday afternoon:

Roads which are clear:

Roads to avoid, if possible: