A delegation of ministers will be sent to the Zulu monarch as there are 'certain recommendations that now need to be discussed'. 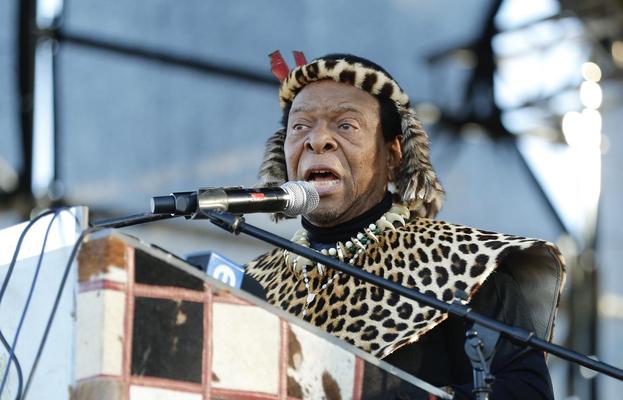 President Cyril Ramaphosa said on Thursday he was sending a delegation of Cabinet ministers to KwaZulu-Natal in response to a letter from Zulu monarch King Goodwill Zwelithini, the custodian of vast swathes of land in the province, amid the release of the presidential advisory panel on land reform and agriculture report, and growing momentum toward the expropriation of land without compensation.

Ramaphosa was giving an oral reply to IFP MP and chairperson of the standing committee on public accounts Mkhuleko Hlengwa, who asked him if he intended to implement the recommendations of the advisory panel report.

To this, the president stated that “the presidential advisory panel on land reform and agriculture, which I appointed in September 2018 to provide expert advice on the critical task of land reform, has produced several far-reaching recommendations to ensure that we correct the skewed distribution of land in our country and also address the issue of land use and utilisation”.

“The panel has called on the government to immediately identify well-located as well as unused or under-utilised land and buildings for the purpose of urban settlement and to prioritise poor tenants to upgrade their rights.

“The panel’s recommendations complement and reinforce the work being done by the inter-ministerial committee [IMC] on land reform that is chaired by the deputy president [David Mabuza].

“The work that is being done by the deputy president, as‌ ‌well‌ ‌as‌ ‌the‌ ‌IMC, identified a number of large land parcels that need to be given to our people so that they can have access to land and to work. Part of it is through distribution, part of it is through restitution,” said Ramaphosa.

Hlengwa, in a supplementary question, said there was scant engagement with the Ingonyama Trust.

He asked Ramaphosa: “Do you still stand by the commitments that you made in so far as the Ingonyama Trust is concerned, vis a vis  now the recommendations that say it must be reviewed or repealed…”

News24 reported the ANC had resolved at its watershed 54th national elective congress in December to expropriate land without compensation.

Despite this, the party has been treading carefully on the matter, saying the report was being interpreted as being “anti-Zulu monarch”.

During a visit to KwaZulu-Natal, Ramaphosa met with Zwelithini and assured him the government would not touch land under the trust.

Ramaphosa responded to Hlengwa by saying that “[the] Cabinet discussed this matter just yesterday, reflected on what we need to do in relation to our dealings with the Ingonyama Trust and this was prompted by a letter that I received from His Majesty the King, which I will be responding to”.

“I will be sending a number of my colleagues in Cabinet to go and have extensive discussions with various role players in KZN and Minister [of Mineral Resources and Energy Gwede] Mantashe will be part of that delegation, Minister [in the Presidency Jackson] Mthembu, [Justice Minister Ronald] Lamola, [Agriculture Minister Thoko] Didiza and [Health Minister] Dr Zweli Mkhize will be working with our premier [Sihle Zikalala] as well as various MECs.

“There have been two entities, the high-level panel review report that was led by former president Kgalema Motlanthe and the other one that I appointed, the advisory panel, and the process which is also being led by the deputy president.

“All these have come up with certain recommendations that now need to be discussed. What I did say is that there will not be any arbitrary action that will be taken on the Ingonyama Trust, we will need to sit down and discuss with all the key role players so that everybody becomes part of the solution,” the president said.

EFF leader Julius Malema followed up and asked if the trust represented “that democratic way of ownership of the land”.

“There are no holy cows here, all of us, kings, queen, chiefs must be subjected to the Constitution of the Republic Of South Africa. All of us must serve that Constitution.

“Do you agree with the recommendations of former president Kgalema Motlanthe’s panel?” asked Malema.

One of the recommendations made by the high-level panel, which was chaired by Motlanthe, was that the Ingonyama Act that was enacted just before the democratic elections in 1994, be repealed, News24 previously reported.

Zwelithini has previously sent veiled threats and made personal attacks on Motlanthe, among others, regarding this recommendation, saying it would not happen on his watch. He is the sole trustee of the trust that administers more than 2.8 million hectares of land in KwaZulu-Natal under the act.

Ramaphosa, in response to Malema, said “the issue of dealing with the Ingonyama Trust is a matter that we have got to approach in the way that I have outlined”.