SAPS in the firing line at Scopa over irregular expenditure

The police are spending millions every month on suppliers whose contracts with the police expired years ago, among others. 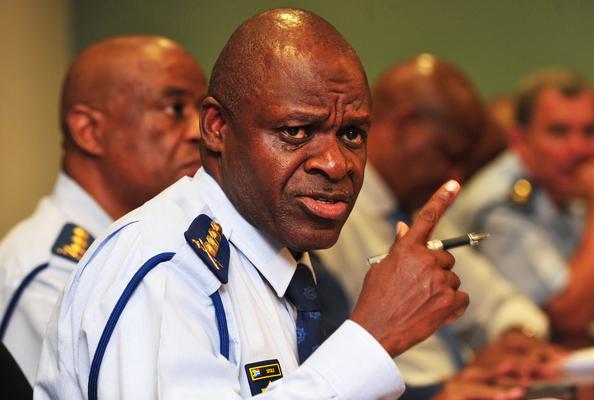 The South African Police Service (SAPS) is still doing business with five companies against whom there are longstanding accusations of irregular expenditure.

And, the police are also spending millions every month on suppliers whose contracts with the police expired years ago.

This emerged as the police’s top brass met with the National Assembly’s Standing Committee on Public Accounts (Scopa) on Tuesday about irregular expenditure.

ANC MP Bernice Swarts pointed out that there is a list of 12 companies with which the police allegedly incurred irregular expenditure, but are still paying five of these companies.

National police commissioner Lieutenant-General Khehla Sitole said if a company is under investigation, they first check the status of the investigation, then check with Treasury. He said he doesn’t have the information on their current status.

“There is something not OK,” said Swarts. “How do these things happen.”

“It is unacceptable,” Swarts said.

Scopa chairperson Mkhuleko Hlengwa said the police must investigate and provide the committee with a report by 18 April.

ANC MP Bheki Hadebe asked why the police still has disputes with the Auditor-General (AG) on what constitutes irregular expenditure.

Sitole denied that the police is in dispute with the AG. He said they are in discussions with Treasury because of their unique operational requirements. For example, they might require equipment or services that can only be provided by one company, in which case they can’t follow the normal procurement processes, which would require multiple quotes.

He said there are certain cases they won’t disclose.

Hlengwa said, as far as the committee is concerned, they “remain steadfast” to the Public Finance Management Act (PFMA).

DA MP Alf Lees said: “Your department has in the past been quite good at doing the wrong thing with spending money. But you’re not good at maintaining law and order.”

Hlengwa asked about what appeared to be a contract with Telkom worth R475m, which has been flagged as irregular expenditure.

The committee heard that the previous contract expired, but the payments continued under the terms of the old contract.

The committee requested that these monthly reports be submitted to the committee by 18 April.

Hlengwa also asked about the police’s dealing with a company called Digicore, which had an agreement with the State Information Technology Agency (Sita) to provide automated vehicle location services to SAPS.

In a statement released after the meeting, Hlengwa said: “This illegal agreement has been in place since 2010, when the original contract expired. SAPS is paying an estimated R3.6 million per month to Sita for this service.

“Scopa will request a schedule of all Sita contracts with SAPS, as well as the status of those contracts. This is to enable Scopa to engage with both parties regarding the control, environment and contract management of all services rendered to SAPS by Sita,” reads the statement.

Scopa has also requested a report on the circumstances that have allowed Major-General Dladla to remain at work with no suspension, even though she is implicated in eight cases currently under investigation, while two other implicated major-generals are on suspension.

Scopa will be in constant communication with SAPS after it receives the full report on investigations and other matters that relate to irregular expenditure.