The advocate insisted that the Constitution has been 'serially violated'. 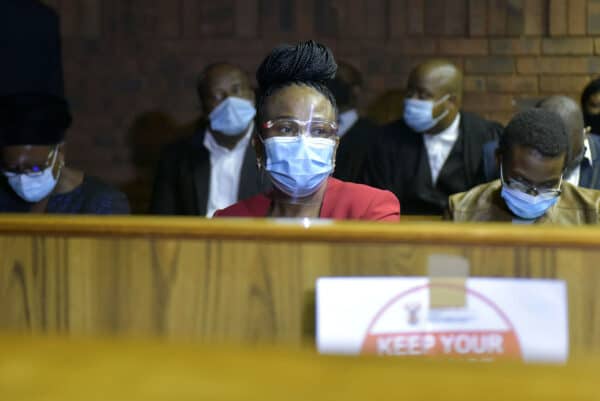 Battle lines were drawn on Monday in Parliament as the first day of the Committee for Section 194 Inquiry into the removal of suspended advocate Busisiwe Mkhwebane from her position as public protector began.

It’s been two years since the motion for such a process was initially lodged by Democratic Alliance (DA) chief whip Natasha Mazzone with the then speaker of the National Assembly, Thandi Modise.

The chair of the impeachment inquiry into Mkhwebane, Qubudile Dyantyi, stressed it was a constitutional process “with no predetermined outcome”, which sought to examine evidence and facts.

This was an exercise in accountability and the evidence could exonerate Mkhwebane or find against her.

“What we are doing is an exercise in examining the fitness to hold office of the public protector,” he said.

“They are going to place in front of us evidence which will assist in exonerating the public protector as well as evidence and facts that will indicate to us and help us have an adverse finding.”

Bawa emphasised this was not a criminal process. She said the ultimate call on Mkhwebane’s removal from office would be made by the National Assembly.

“Given that this is the first impeachment process, it is important for us to all have a common understanding up front to what this committee is and what it is not,” she said.

“It is not a court of law; it is not a quasi-judicial process or an adversarial process.”

Bawa said the history of the inquiry, which involved an independent panel led by retired Constitutional Court Justice Bess Nkabinde, had established whether there was prima facie evidence against Mkhwebane.

The panel had concluded there was such evidence of misconduct and incompetence.

She noted the starting point for the committee should be an evaluation of what the public protector’s mandate was and what her office had been established for.

Former Economic Freedom Fighters chair Dali Mpofu, who is legal counsel for Mkhwebane, disagreed. Mpofu quoted Judith Sephuma’s song A Cry, A Smile, A Dance and linked it to a “song for the constitution”.

He said the constitution would “cry” because of “some of the violations which have occurred here”.

Mpofu said the constitution was “serially violated” to allow parliament to get to this point “The constitution, which was supposed to be our guiding light, has been violated and done by crook to get here,” he said.

Mpofu said Mkhwebane had litigated for two years to avoid “this day” and the suspended public protector was there “under protest”.

He said Mkhwebane always wanted the opportunity to assure the committee, National Assembly and the nation she was “fit and proper, able and willing” to discharge her duties as public protector.

“In that process, she has been accused of Stalingrad, which was a term used by people who hate the constitution to try and discourage others in exercising their legal rights,” he said.

“That’s a very strange accusation. Every time she has raised concerns about this process, she has been proven right.”

Mpofu complained about Mkhwebane’s suspension by President Cyril Ramaphosa on 9 June and said the committee should be concerned because it was “premature”.

“She is literally shackled,” he said.

However, Dyantyi told Mpofu, the impeachment inquiry was “not a suspending body”, but Mpofu insisted it was “wrong” and said if there was no committee, there would be no suspension “If there is a conflict of interest, it’s your business,” he said.

Mpofu again reiterated the committee had a constitutional court obligation to “protect the public protector” but had failed.

He added they wanted a secret ballot.

Freedom Front Plus MP Corné Mulder said it was not up to the committee to determine whether there should be a secret ballot.