Advocate Dali Mpofu hinted that other former presidents might also be called to give evidence before the inquiry. 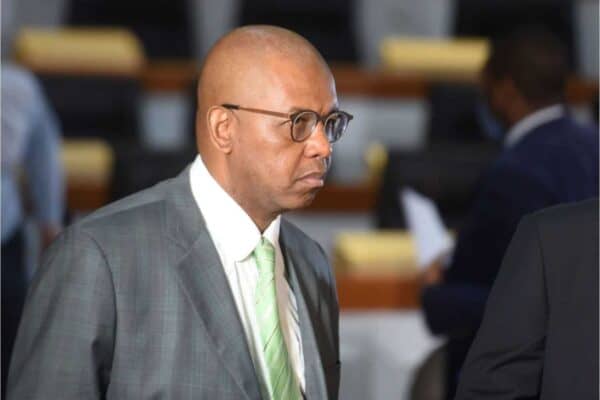 Advocate Dali Mpofu, acting on behalf of suspended Public Protector Busisiwe Mkhwebane, has told Parliament’s Section 194 Committee they will call President Cyril Ramaphosa to come and testify before the inquiry that is probing Mkhwebane’s fitness to hold office.

Mpofu on Thursday told the inquiry that Ramaphosa should testify due to the allegations he had made against Mkhwebane about her fitness to hold office.

He said they would first write to the president requesting him to come and voluntarily testify, and should he not comply, they might subpoena him to appear.

“We are going to write the president a letter today or tomorrow to ask him, in line with the directives, if he is willing to come voluntarily.

“If not, then we will initiate a process for him to be summoned… on the fact that he has made certain accusations against the public protector, saying she’s guilty of perjury and all sorts of things, which would be impeachable if they’re true,” Mpofu said.

United Democratic Movement (UDM) leader, Bantu Holomisa, on Wednesday proposed that Ramaphosa should provide oral evidence to the Section 194 Committee, regarding the funding of his 2017 ANC presidential campaign that was investigated by Mkhwebane.

In a statement, the Presidency hit back at Holomisa and rejected his suggestion, saying the veteran politician’s speculation that the campaign “may have” used public funds was baseless, misdirected and vindictive given that the Constitutional Court in 2021 ruled that Mkhwebane had no authority to investigate the CR17 campaign.

“It is an abuse of parliamentary processes and privilege. It has never been alleged that public funds were used by the CR17 campaign,” Presidency spokesperson Vincent Magwenya said.

Meanwhile, Mpofu also hinted on Thursday that other former presidents might be called to give evidence or testify before the inquiry. But, he did not mention who these witnesses might be.

It is alleged that Mkhwebane had secret meetings with former president Jacob Zuma ahead of the release of her controversial June 2017 report into the ABSA-Bankcorp/CIEX matter.

The Constitutional Court in 2019 found that Mkhwebane was “not honest about her engagements during the investigation” and upheld a high court personal costs order against her.

Mpofu said: “It looks like we might even call other former presidents, I don’t want to put their names at this stage, but you will remember one of the charges [against Mkhwebane] has to do with a meeting with a president.

“That might not be necessary [to call the witness], for example, we could go to that person and say ‘did you meet with the public protector?’ and the person might say yes or no.”