The former spokesperson says he will not apologise for buying businesses from the Guptas because the deal was above board. 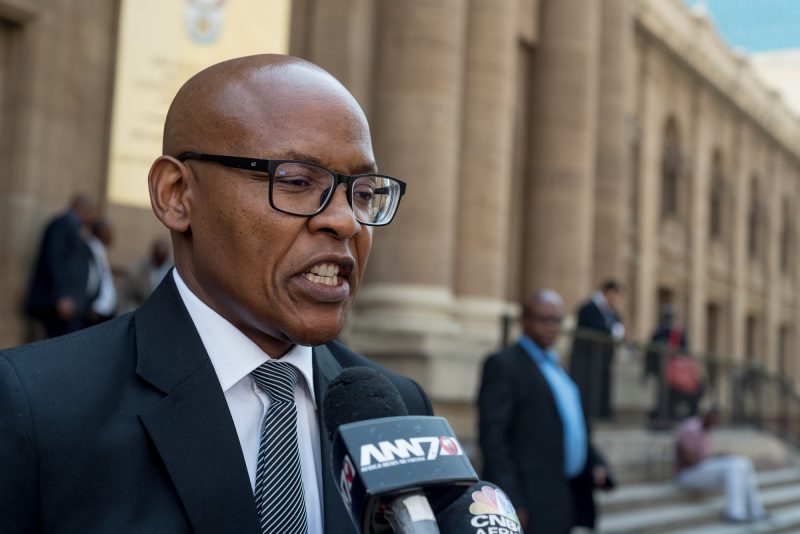 Owner of ANN7 and The New Age Mzwanele Manyi speaks to the media outside the High Court in Johannesburg on 7 September 2017. Manyi appeared in court today over a defamation case brought against him by entrepreneur Magdalena Wierzycka. Picture: Yeshiel Panchia

Former government spokesperson Mzwanele Manyi who announced his withdrawal from the governing African National Congress (ANC) to join the African Transformation Movement (ATM) on Wednesday said if the controversial Gupta brothers offered him money, he would take it.

Manyi dismissed allegations that he had met the Guptas, accused to be at the centre of state capture, to raise funds to further his political ambitions, saying, however, that if the family made an offer he would take it.

“If the Guptas were to give me money any day, I would take it, but I’ve got no money from the Guptas. So, if they were to wake up, somehow, and say, eyi, Manyi, here is R20 million, I will take it but they have not offered me any money as things stand right now,” said Manyi.

He said he would not apologise for buying businesses from the Guptas because the deal had been above board.

He said he did not have an issue with the family and did not have “Gupta-phobia” because the controversial family had not been found guilty by any court of law in South Africa or anywhere else in the world.

“I have no issue with them at all, the courts of this country have not found them [Guptas] guilty on anything. The NPA [National Prosecuting Authority] has actually withdrawn the charges because of a lack of evidence,” said Manyi.

He said the ATM was funded by its members, “so that kills your Gupta-phobia”, and that it would decide whether he should be sent to parliament if the party garnered enough votes to earn seats in the house.

Manyi said he had the right to meet with any individual, including the Guptas, former president Jacob Zuma or the leader of the Black First, Land First Andile Mngxitama.

The only challenge the ATM would face during this year’s elections was the ANC because all other political parties “are spaza shops”, Manyi said.

Manyi will head up the party’s policy and strategy division.