MEC of education Ishmael Kgetjepe is accused of having demanded a bribe of R1,050,000 from Mvula Trust. 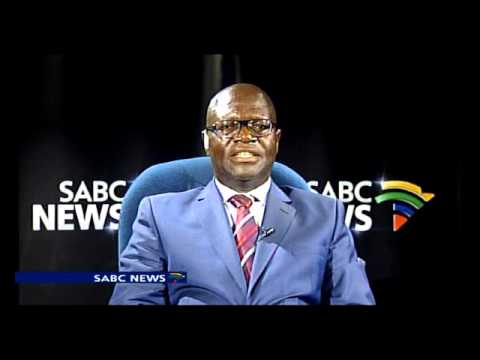 Limpopo Premier Stan Mathabatha has received the auditors’ report on allegations that one of his MECs is soliciting bribes from service providers. His office said they viewed the allegations in a serious light.

“The premier had requested the report from the auditors and he is studying it.

“He will apply his mind and believe me, action will be taken, pending the outcome of the investigations,” Mathabatha’s spokesperson Kenny Mathiba said yesterday.

But opposition parties in Limpopo were not convinced. The Economic Freedom Fighters (EFF) and the Democratic Alliance (DA) have forged a coalition to call for the axing of MEC of education Ishmael Kgetjepe.

This comes just after provincial treasury MEC Rob Tooley announced that of Limpopo’s annual budget of R69.5 billion, the biggest slice of R32.3 billion would go to education.

Kgetjepe is accused of having demanded a bribe of R1,050,000 from Mvula Trust, the company contracted by the basic education department to build toilets in rural Limpopo, Mpumalanga and Eastern Cape.

“We have just buried Micheal Komape after he fell into a pit toilet in Moletji. We have several schools in the province where children still use bushes or dilapidated toilets.

“How can we allow a person of Kgetjepe’s calibre to continue serving our people? The EFF wants Kgetjepe out today. We support any call by anyone to get Kgetjepe out. But we know it may be impossible because his political principal, Mathabatha, is toothless,” said Buthane.

“If Mathabatha wants the people of Limpopo to take him seriously he must kick Kgetjepe out,” he said.