ANC takes on DA over criticism of NHI Bill

The DA questioning the constitutionality of the Bill is an 'amateurish tactic' of 'disinformation and scaremongering', the study group says. 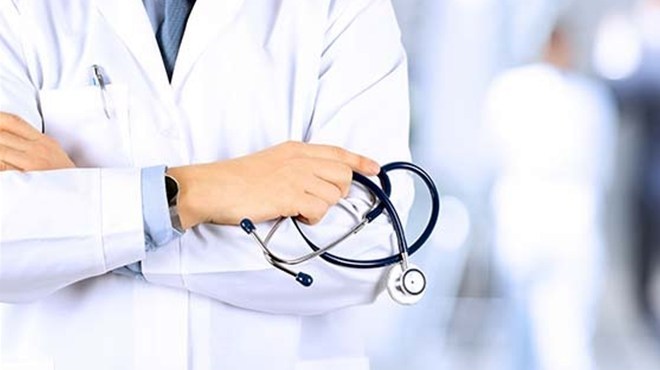 The ANC study group on health has accused the DA of grandstanding and fearmongering in its opposition to the National Health Insurance (NHI) Bill.

“The NHI will bring about significant change to our society, not seen since the dawn of democracy in 1994. Despite this monumental feat, there exist counter-revolutionary forces who are hellbent on undermining the good work of the ANC-led government,” read a statement released on Wednesday on behalf of the study group, which consists of the ANC MPs serving on the portfolio committee on health.

“One such force is the Democratic Alliance which has already made a mockery of the bill, even before the NHI Bill is debated in Parliament. We as the ANC study group on health are not surprised by the barrage of attacks against the bill, in fact, we have long anticipated that such an onslaught by these reactionaries was imminent,” the statement continued.

On Tuesday, DA leader Mmusi Maimane questioned the constitutionality of the bill. He wrote to National Assembly Speaker Thandi Modise to urgently request that she instructs the parliamentary legal services to obtain a legal opinion on the bill before it appeared before the portfolio committee on health, and also asked the DA’s legal team for an opinion on whether the bill is constitutional.

The party is questioning its constitutionality as it will seemingly take away the provinces’ constitutionally enshrined right to handle health services.

The DA said the bill would create another state-owned enterprise and nationalise health services without actually benefitting South Africans.

According to the ANC study group, this was an “amateurish tactic” of “disinformation and scaremongering”.

“For example, words like ‘nationalisation’ are used frequently by the DA to deliberately distort ANC and government policy on the NHI. Nowhere does the word nationalisation appear in the bill; rather the bill makes it clear that it will purchase services from both public and private providers,” it said.

“Another tactic employed by the ‘official opposition’ is political posturing, wherein the DA claims to be committed to universal health coverage – the core goal of the NHI – but without the NHI. While some in the media have cared little to look at DA’s Health for All plan, better known as the Sizani Universal Healthcare Plan, presented as an alternative to the NHI, we as the ANC study group on health took the liberty to scrutinise the DA’s proposals, genuinely hoping that there may be room for accommodation, but alas, we were disappointed.”

The study group claims the DA’s alternative plan is “scant on everything universal health care”.

“We as the ANC study group on health are of the view that the DA’s proposals on health should remain exactly that, proposals, as their understanding of universal health coverage, leaves much to be desired.”

The study group also disputes the DA’s claim that the NHI will be another state-owned enterprise.

“Nowhere does the ANC or the NHI Bill mention that funding will be like that of SOE’s, instead the NHI Fund will operate like a public entity [not an SOE] to be registered under Schedule 3A of the Public Service Act. It will create a single pool of funds for universal health services, enabling the country to have capacity to strategically purchases services from public and private health providers.

“It is time for the DA to stop grandstanding. We as the ANC reiterate our stance that the changes envisaged in the NHI Bill will result in universal health care that will improve the health of all South Africans.”

The statement follows a response to the DA by Health Minister Zweli Mkhize, in which he stated that DA is welcome to take the NHI Bill to the Constitutional Court, but he is “absolutely not concerned about this threat”.

Responding to Mkhize, DA spokesperson on health Siviwe Gwarube said he was “playing politics” with the bill.

“Clearly out of ideas, Mkhize accuses the DA of seeking to maintain the status quo and somehow protecting the privileged through our opposition of this bill. This is simply false. The DA unequivocally supports universal health care for all South Africans,” she added.

Last week, Mkhize introduced the bill to parliament. It will soon be referred to the portfolio committee on health on which Gwarube serves with the ANC study group, where the bill will be processed.