I will defend DA against ‘immature and unhelpful’ IRR – Steenhuisen

Asked about Gwen Ngwenya's possible return as policy head, Steenhuisen said it was an HR appointment and did not entail sending her back to parliament. 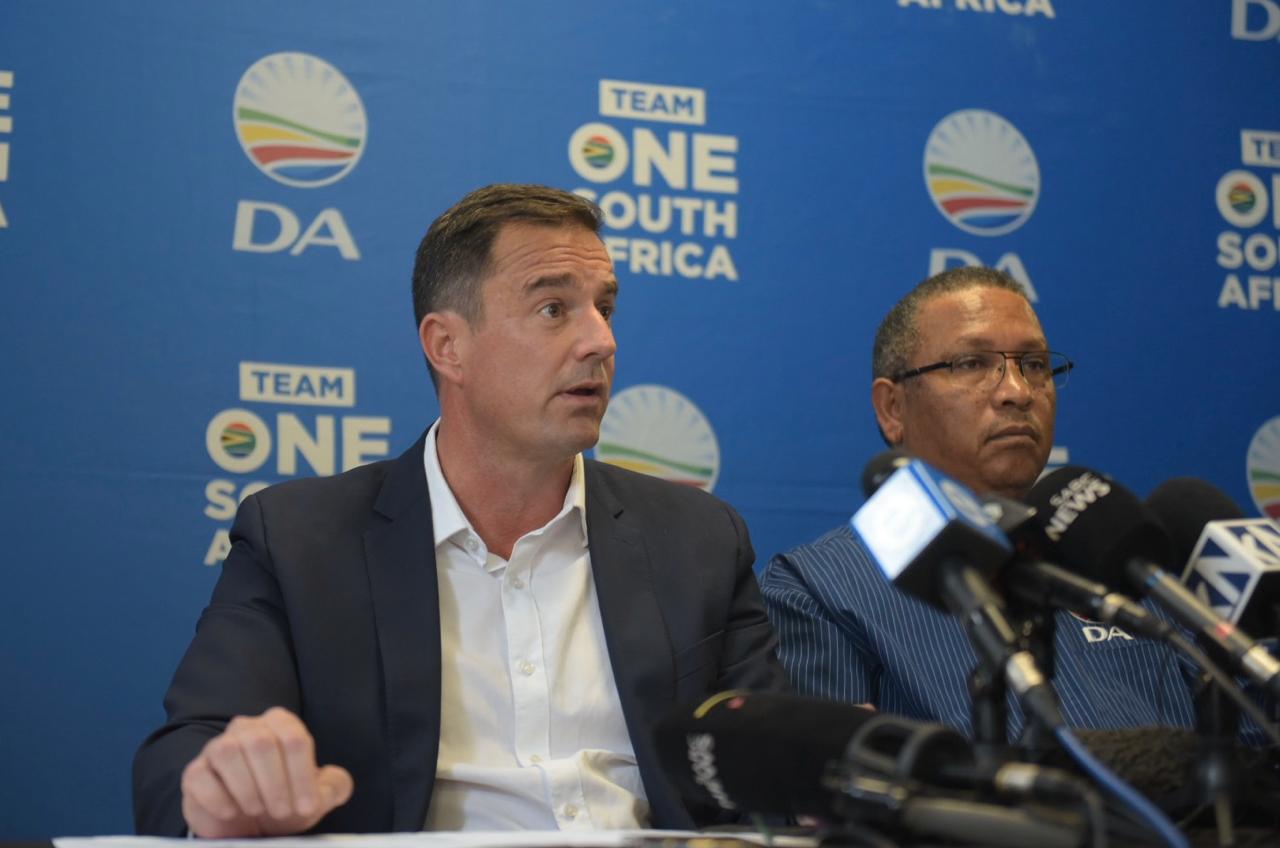 Newly elected interim leader of the DA John Steenhuisen says he’ll defend his party against “all-comers”, including against the “immature and unhelpful” Institute of Race Relations (IRR).

When interviewed on Monday by News24’s Tshidi Madia, there was a roll of Steenhuisen’s eyes when the IRR was mentioned.

“I just think it is unfortunate that you have institutes like that interfering in the internal politics and picking winners and losers,” Steenhuisen said.

Former party leader Helen Zille joined the IRR after her second term as premier of the Western Cape ended with the May elections. The IRR also campaigned for a change of leadership in the party before Mmusi Maimane’s resignation. Zille resigned from the IRR after she was elected the DA’s federal council chairperson in October.

“We need to be our own organisation,” Steenhuisen said.

He said it was important that they listen to a variety of South African institutions, across the spectrum, in developing their policies.

“But I get annoyed when people start to pick winners and losers within political parties and use your institute to position around it. I think it diminishes the institution’s credibility going forward.

“And I think the way this particular matter was handled by the IRR, I think, has been immature and unhelpful to them. When you’re challenged on what you’ve done and then start responding with memes, etcetera, I think it shows a level of debate that I don’t think we need.”

He said his job was to lead the DA.

“I’m not a member of the IRR. I’m a DA member, I’m the leader of the DA, and it is my job to defend, protect and promote my organisation, and I’m going to continue to do that, against all-comers, whether it is the IRR or others.”

Zille wants to appoint Gwen Ngwenya as the DA’s head of policy. Before her previous stint in this position, and as a DA MP, Ngwenya worked at the IRR.

She resigned as DA policy head in January, stating that she “does not believe that the party takes policy seriously”.

However, party insiders told News24 at the time that there was unease in the DA that Ngwenya was establishing a “quasi-IRR” in the party. There was also tension between the neoliberal views Ngwenya holds versus the party’s commitment to redress.

Asked about Ngwenya’s possible return as policy head, Steenhuisen said it was a human resources appointment and did not entail sending her back to parliament.

He said Ngwenya’s return made sense, at least in the short term, ahead of a looming party congress, as she had already completed seven of the party’s 13 policy positions.

“Mmusi just simply made the announcement to the federal executive that she was appointed.

He said Ngwenya had resigned under “unfortunate circumstances”.

“But I think people are missing something – that she then thereafter went through an internal party process of electoral colleges and selection panel and came out into an electable position on the party’s lists, and she could have returned to parliament if she wanted to, because she was at the top of the list. She chose at the time not to take up her seat.

“So if there was any defect or foundational defects in Gwen Ngwenya, she would have been weeded out in that process. She wasn’t, she was in a highly electable position.”

He said they had a very short timeframe for the federal policy conference April.

“December is basically a write-off. Then we’ve got to start in January, we’ve got policies that need to be workshopped, there’s got to be commissions, there’s got to be the consultation process with the branches, activists and structures, the feedback and then culminating in that final policy conference.

“Gwen had already started a lot of work – 13 policies, seven of which had been completed. I just think it makes sense in the current environment she be brought back in, even if it’s just on a short-term basis to finalise this process.”

He said Zille had put the matter up for discussion at the federal executive meeting.

“But I think Gwen is one of those Marmite politicians – you either like her or you don’t like her. But I don’t think anybody can doubt her capacity and capability and intellect.

“I think if we have to go through an advertisement process, if we have to go out, you know, cast the net wider, it’s going to put another month on the process. What I don’t want in the party is a rush job on the policy, because then we’re going to leave the policy conference with the same problems we had going into it,” Steenhuisen said.

“It must be a final opportunity for us to put a compelling alternative offer to the people of South Africa. It can’t be an ongoing street battle going into the 2021 elections because we’re going to switch off voters even more.”