With the postponement of the Johannesburg mayoral council sitting on Thursday, the EFF could hold a strong hand going into this week's negotiations with the ANC and DA. 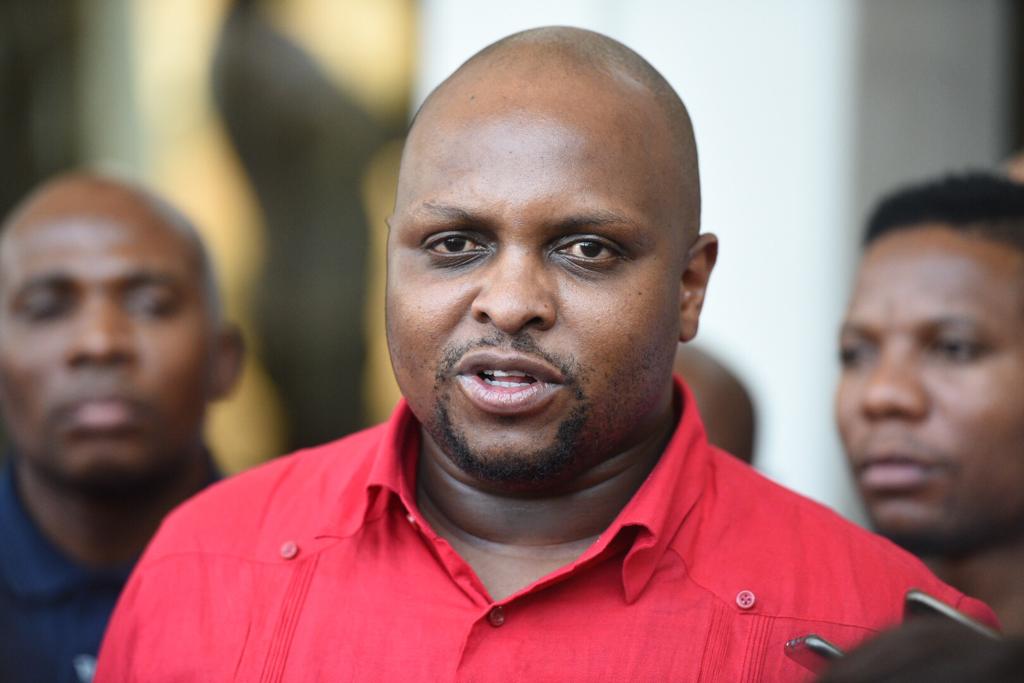 EFF deputy president Floyd Shivambu outside the Joburg Council after the vote for Joburg Mayor was postponed. Picture: Michel Bega

This, despite the failure of its no-confidence motion against embattled Tshwane Mayor Stevens Mokgalapa.

The three major parties have been in a wrestling match over control of Gauteng’s two biggest metropoles in recent weeks.

The cities of Johannesburg and Tshwane both have hung councils, with no party winning a 50% plus one majority in either metro in the 2016 local government elections.

This forced the DA in both councils to enter into coalitions or voting agreements to secure two of the most powerful mayoral positions.

Herman Mashaba’s surprise resignation from the DA last month, as well as Mokgalapa’s recent sex tape scandal, have paved the way for a power grab between the EFF, ANC and DA.

While the EFF is the third-biggest party in both the Johannesburg and Tshwane councils, it could use its blocks of seats to convince the DA or ANC to back it for mayor in either of the metros, in return for the support of the red berets in other municipalities.

Last week, EFF leader Julius Malema said it was the DA’s turn to support his party as the EFF had backed the DA in the past.

At the time, he said the EFF would consider a trade-off in Tshwane.

The ANC, for its part, has been tirelessly exploring every avenue to regain power in Johannesburg ever since it lost the city in 2016.

Mashaba’s sudden resignation allowed the national governing party room to explore and woo DA coalition partners in a bid to regain control of the council.

Its bid for power was effectively blocked by the EFF and DA speaker Vasco da Gama.

The EFF in Johannesburg helped bring the DA to power after the 2016 local government elections, voting together on a case-by-case basis. However, at one stage on Thursday, the ANC and EFF seemed to be courting each other.

While the two clarified the meetings were purely about the interpretation of numbers it would take to win, the EFF was on several occasions heard by News24 citing the candidacy of Geoff Makhubo as one of the reasons it would refrain from voting with the governing party.

The ANC, EFF and DA deployed their senior leaders to oversee the election in the two major cities.

In Tshwane, the council sitting collapsed following a walkout by the ANC and EFF after a motion of no confidence against Mokgalapa was blocked on Thursday.

Speaker Katlego Mathebe prevented the motion on a technicality, arguing the EFF’s reasons for the motion were not based on fact, but opinion.

Meanwhile, in Johannesburg, the ANC was left fuming after Da Gama postponed the election to December 4, citing a need for legal opinion on the interpretation of the Municipal Structures Act and council regulations on the concept of a majority in council.

Da Gama said council rules stipulated a 50% plus one majority rule during council elections but there was seemingly confusion when read with the act.

The EFF, with 30 seats and an intention to govern one of the two metros, will need to convince either the DA or ANC about a trade-off in Tshwane and Johannesburg.