'The ANC caucus will not be pandering to the hypocritical whims of the racist DA and their poster boy [DA leader in Gauteng Solly Msimanga] of corruption.' 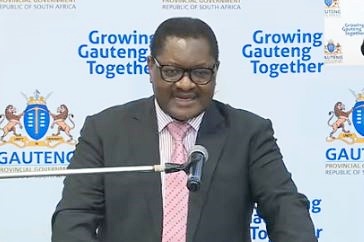 The ANC caucus in the Gauteng legislature on Wednesday criticised the DA for its motion of no confidence in Premier David Makhura, describing it as “ill-informed, opportunistic and frivolous”.

This after the DA said last week it had written to the speaker of the legislature, Ntombi Mekgwe, requesting her to urgently convene a special sitting to debate the motion. The DA has accused Makhura of evading accountability over the corruption scandals involving the procurement of personal protective equipment (PPE) in Gauteng last year.

A statement released by the ANC’s chief whip in the legislature, Mzi Khumalo, reaffirmed the party’s confidence in the leadership of Makhura as the head of the provincial government.

Khumalo said the premier had shown “unwavering commitment” in advancing the interests of the people of Gauteng since 2014. He said Makhura was leading a responsive government that was unapologetic about the fight against corruption.

“The ANC caucus will not be pandering to the hypocritical whims of the racist DA and their poster boy [DA leader in Gauteng Solly Msimanga] of corruption who wants to co-govern with the popularly elected government through frivolous motions,” Khumalo said.

“Instead of working hand in glove with the provincial government in saving the lives of our people which are everyday threatened by a ruthless and invincible virus, the DA is trying to seek attention and popularity through frivolous motions which it knows very well that it won’t see the light of day.”

On Monday, the Special Tribunal cleared Makhura of any wrongdoing in the awarding of PPE contracts by the provincial department of health.

This after Judge SP Mothle had erroneously stated in his judgment on 10 December 2020 that the former chief financial officer at the department claimed that Makhura gave her the names of companies to be appointed as service providers for PPE tenders.

Khumalo said the DA was being opportunistic because the party filed their motion of no confidence while the Special Tribunal was still dealing with the premier’s complaint.

“We further reaffirm our confidence in the Tribunal and further call on the people of Gauteng to support its work as a necessary tool to enhance accountability and transparency,” he said.

“We welcome the transparency of Premier David Makhura who brought an application before the Special Tribunal to correct an erroneously written judgment on the alleged involvement of the premier in the PPE procurement irregularities. This shows that the premier has nothing to hide and is assisting the work of the Tribunal.”

Khumalo also called for a speedy conclusion of all investigations into the PPE contracts so that those involved should be prosecuted.

ANC boasts diverse list of youth, women as councillor candidates for elections
7 hours ago
7 hours ago

ANC boasts diverse list of youth, women as councillor candidates for elections
7 hours ago
7 hours ago