‘Give Zuma space and time to think’ about ConCourt defiance, says Ramaphosa

Ramaphosa refused to be drawn into whether Zuma would be suspended from the ANC. 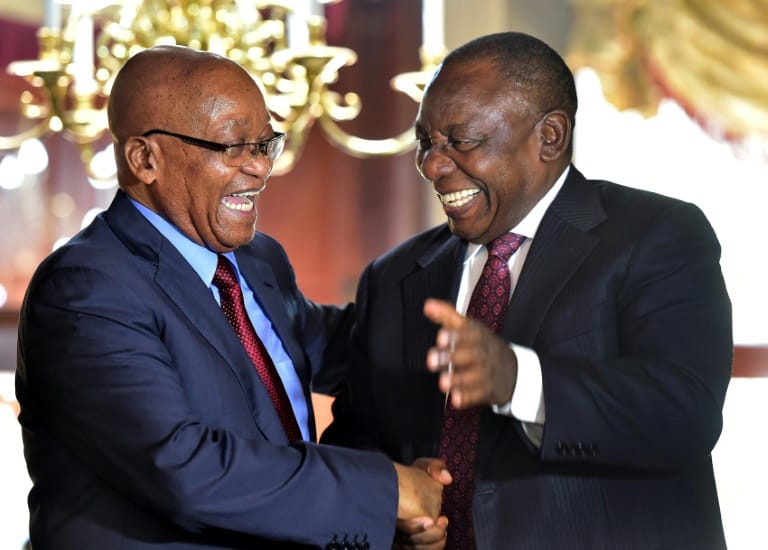 President Cyril Ramaphosa has asked for the public at large to afford former president Jacob Zuma some time and space to think carefully about his decision to defy the Constitutional Court’s (ConCourt’s) ruling compelling him to appear before the Commission of Inquiry into State Capture.

Ramaphosa made the remarks outside the home of late Rebecca Kotane home on Friday when he was asked to comment on Zuma’s defiance of the ConCourt.

“Let us give the former president Jacob Zuma time and space to think about the decision on the Constitutional judgment and the Zondo Commission and to hear what other people are saying.” – President Cyril Ramaphosa

“This is the matter that I am sure he is going to give much more thought to because he is being counselled by a number of people and a number of organisations that the constitutional structure that he contributed so much to needs to be given consideration … I am sure in his own time he will think about all this.”

Asked about the stance of the ANC on the matter, Ramaphosa said the party was yet to discuss it and refused to be drawn into whether Zuma would be suspended from the party.

“I think that is not even being considered. I think those who are saying so are speaking for themselves,” said Ramaphosa.