The government plans to spend an additional R4.3 billion bailing out the languishing SAA, R31.7 billion for Eskom and R7 billion for the Land Bank. 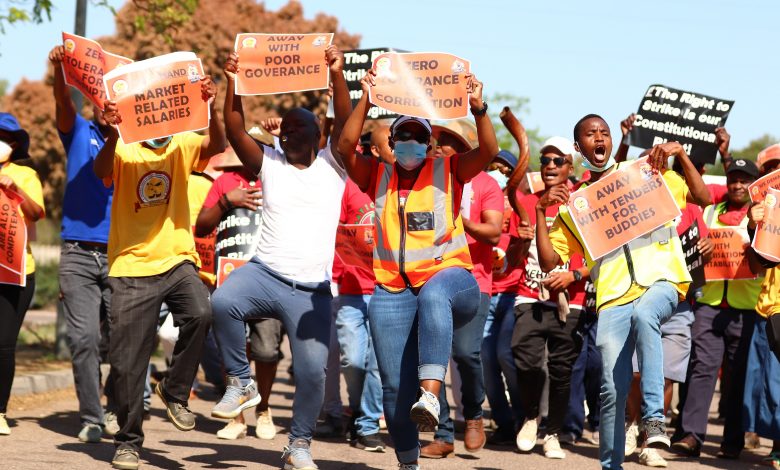 Opposition parties have complained the poor will bear the brunt of austerity measures. Photo: Ron Sibiya

The poor will be the biggest losers are the full implications of the 2021 budget announced by Finance Minister Tito  Mboweni, opposition parties complained.

Among the highlights of this year’s budget, the government plans to spend an additional R4.3 billion bailing out the languishing SAA,  R31.7 billion for Eskom and R7 billion for the Land Bank.

The IFP and the DA suggested Mboweni was being dishonest in mentioning the planned spending spree in his speech.

DA shadow finance minister Gordin Hill-Lewis said this omission only demonstrated how immoral the bail-outs  were.

“I think it’s morally repugnant to bail out state-owned entities that are failing year after year at the expense of the poorest and most vulnerable in our society like those living on social grant, who are unemployed and so on.

“This year we are seeing another three big bailouts of SEO. At the same time we are seeing cuts to social grant spending for the  first time, as far as I know, in a decade,” said Hill-Lewis.

Juxtaposed with the planned cuts to social grants by R5.8 billion the DA warned that this “direct” trade-off posed a moment of reckoning between the poor and the ANC.

While appreciating the R11 billion allocated to support youth employment and the freezing of tax hikes, concerns about the public wage bill and SOEs remain a sore point which was not adequately dealt with in the speech.

“We were very much surprised that (Mboweni) didn’t mention anything about state-owned entities, in particular SAA.

“Yet there is money that will be allocated to them. I think he just shied  away, deliberately so because he knows  there is no need to bail out those entities,” he said while speaking to the SABC outside Parliament.

“We are very much concerned with the public wage bill which is very high and also the government debt which is putting so much pressure threat to government.

“We think to try and reduce the wage bill, there should be an audit of staff in all department so that when there are new vacancies we look within those departments that are overstaffed,” said Buthelezi.

The temporary social relief grant has been extended to April 2022, which the Good Party’s spokesperson, Brett Heron, said was not enough time given the dire conditions of the poor which have worsened since the introduction of the R350 grant last year.