‘Without land’ Heritage Day is meaningless to celebrate – EFF

The opposition party, as it commonly does each Heritage Day, called for expropriation of land without compensation. 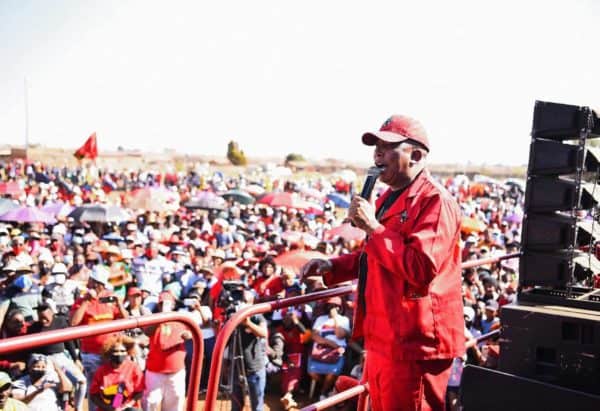 The EFF said on Friday that they noted Heritage Day, but there was one missing piece in marking and celebrating this day.

In a statement, they said they would like to remind South Africans that “there is no heritage without the land”.

“Instead, the EFF would like to reiterate the call for the return of the stolen land through amending section 25 of the Constitution to allow for expropriation of land without compensation.

“The significance of heritage has to be through embracing and celebration of culture and valuable traditions, yet without land, it is meaningless to celebrate,” the statement read.

The opposition party went on to say the country still had a high unemployment rate, without land and the majority of citizens excluded from the mainstream economy.

“No amount of traditional attire or the braaiing of cattle that pasture on our land can downplay that fact. Our land is our heritage and our dignity, and South Africans’ diverse culture can only be bound when all South Africans have land,” they said.

African languages needed to be protected and must continue to be taught in classrooms. They concluded that Heritage Day was a “painful and unjust” reminder of citizens’ daily reality.

The people needed to “pick up the spears of the Queens and Kings who led fearless wars against land thieves and the apartheid government”.

Member of the National Assembly EFF member Mbuyiseni Ndlozi provoked debate on Twitter, as he commonly does on Heritage Day. The comments under his post were filled with mixed reactions.

On Thursday the EFF also called for the removal of the statue of Paul Kruger in Church Square in Tshwane.

The statue depicts the Boer leader and former president of the South African Republic, who held office from 1883 to 1900.