'The ANC has clearly exempted itself and the EFF from lockdown regulations,' says DA's Natasha Mazzone. 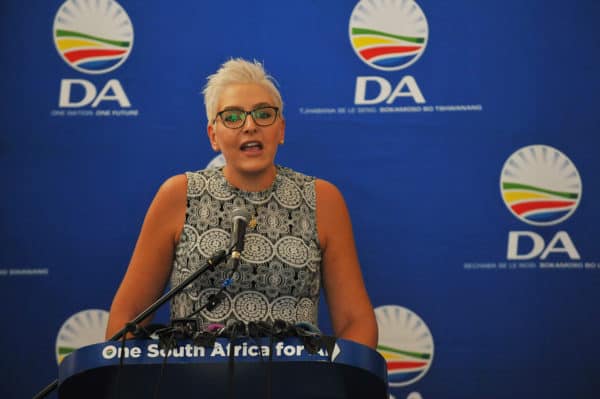 The Democratic Alliance (DA) has slated the ANC for its “double standards” following its election manifesto launch in Pretoria, which seemed to exceed the legal limit for outdoor gatherings.

Although ANC delegates insisted on Monday that they were keeping to the lockdown restrictions, the DA as well as some social media users have criticised the ruling party for not obeying its own rules.

The Economic Freedom Fighters (EFF) faced much criticism for having far exceeded the limit at their own manifesto launch on Sunday at Gandhi Square in Johannesburg.

However, the big difference there was that the EFF has publicly declared its opposition to the regulations and leader Julius Malema has called on his members to breach them.

Under alert level 2 lockdown, all gatherings – including political, cultural and social – are limited to a maximum of 250 people indoors and 500 people outdoors.

The DA has since called on President Cyril Ramaphosa to end lockdown restrictions, saying the “double standard cannot continue”.

“On Sunday and Monday numerous images and video clips circulated in the press and across social media of the EFF and ANC’s campaign events which clearly displayed a disregard for lockdown regulations such as the 500-person outdoor limit, mask-wearing and social distancing.

“The ANC has clearly exempted itself and the EFF from lockdown regulations, but is imposing it on everybody else, to the detriment of the economy and individual rights and freedoms.

As of June 2021, police have arrested more than 400,000 citizens since 27 March last year who have been charged with the contravention of the Disaster Management Act and lockdown regulations.

Mazzone also criticised the multiple extensions of the national State of Disaster, which have come under fire over being extended without parliamentary oversight.

“Our oversight institutions such as Parliament have been rendered almost toothless by the ongoing State of Disaster. If the ANC cannot adhere to its own senseless rules, then it cannot expect South Africans to continue to live under those rules either,” she said.

Mazzone previously called on Police Minister Bheki Cele and the Independent Electoral Commission (IEC) chairperson, Glen Mashinini, to lodge a joint review of EFF’s manifesto launch so that the event be declared illegal.

Meanwhile, Ramaphosa is expected to address the nation on Sunday, 3 October.

It has been speculated that the country may be moved to level 1.

Political parties have been engaging in election campaigning such as rallies and door-to-door visits, with the 2021 local government elections fast approaching.

However, questions have been raised on whether a fourth wave of Covid-19 infections could be triggered due to gatherings being potential super-spreader events.

Hostage case: 11 supposed military vets due in court for bail hearing
21 hours ago
21 hours ago

Hostage case: 11 supposed military vets due in court for bail hearing
21 hours ago
21 hours ago