Niehaus files urgent complaint with the Public Protector against ANC

Niehaus announced that he was not done with the party as further complimentary steps were to be announced soon. 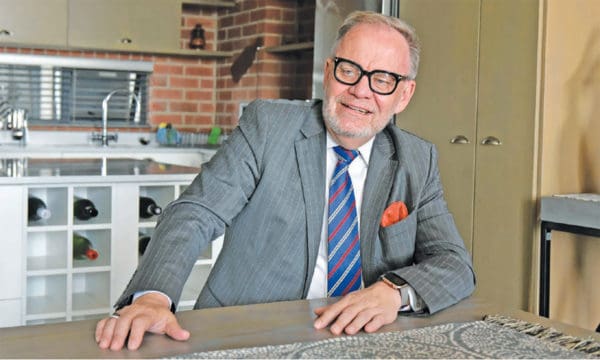 Ex-African National Congress (ANC) staffer and spokesperson of the now disbanded uMkhonto weSizwe Military Veterans’ Association (MKMVA) Carl Niehaus has filed an urgent complaint with the office of the Public Protector against the party for corruption.

Niehaus announced the news on Monday and said that he was not done with the party as further complimentary steps were to be announced on Wednesday.

“When we laid the criminal charges against the ANC, we indicated that we intend to take further complimentary steps and that we will also take two further steps in order to bring the matter to the attention of other government institutions,” said Niehaus.

“The filing of this official complaint with the public protector is the second step that we have envisaged.

“A further announcement and the release of documents regarding the third step that we are undertaking with be announced this Wednesday.

Niehaus last month laid corruption charges against the top brass of the ANC, excluding Ace Magashule, along with the ANC itself.

He said that the investigations relating to those criminal charges were being dealt with as a priority case by the Hawks.

ALSO READ: Carl Niehaus has a case to make over his axing

He went on to deny that this was a political war on those against the “radical economic transformation”, aligned to those in support of former president Jacob Zuma.

“We want to draw a clear distinction between political issues and these issues of financial and general maladministration and mismanagement.

“This is purely a labour matter, it is not a factional and political issue.”

He said that he was not going to let the acts of intimidation by the party continue unabated.

“The acts of intimidation that resulted from our decision to lay the criminal charges against the ANC such as the dismissal of myself from my position of employment with the ANC.

“Whistleblowing should be encouraged and is protected by the law.

“To intimidate those who do so as has happened with myself, when I was dismissed for having done exactly that – to blow the whistle is in fact a criminal act.

“I have taken this on appeal and my appeal will be heard soon I have total confidence that reasonability in the ANC will ultimately prevail and that this matter will be amicably resolved,” said Niehaus