Jeffrey Donson: Why Google would have you believe a child rapist is ‘Daai ou’

The main Google search result for the name of convicted child rapist Jeffrey Donson is probably not what most people would expect. 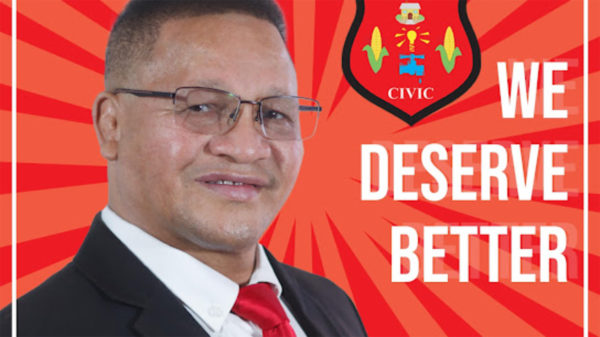 Jeffrey Donson is 'daai ou', according to Google.

Two weeks ago barely anyone outside of the small Western Cape Kannaland local municipality, within the Garden Route District Municipality, knew the name Jeffrey Donson.

Outside of two short previous stints in the Kannaland municipality, once as mayor and another as a councillor, Donson’s political career has never really been worthy of national attention.

This changed last week, however, when it emerged that Donson had been re-elected as Kannaland mayor despite having been convicted of statutory rape in 2008, following revelations of his sexual relationship with a 15 year-old during his 2004 mayoral term.

Revelations of Donson’s conviction by the regional court in Oudtshoorn plunged him into the national limelight, which was only made worse by the revelation that his deputy Werner Meshoa is also a convicted criminal.

So, why (at the time of writing) is it that the world’s leading search engine presents such a tone deaf result when you search for the new Kannaland mayor’s name?

Making a song and dance about it

Instead of the latest news related to the calls to have the pair of convicts removed from their positions, or the ANC reconsidering their coalition agreement in the municipality, Google instead presents a song singing Donson’s praises as ‘Daai ou’ (the man).

Listen to the song here:

Though the result is obviously not an intentional choice, it does present quite a few concerns over how media giants like Google and Facebook shape the audience’s views of matters of national or social importance.

These concerns are especially relevant now, in light of recent revelations that Facebook was aware of its algorithms promoting inflammatory content, but failed to act on it.

Google similarly uses Artificial Intelligence algorithms to determine how information is presented to searchers, and which content is pushed to the top of its search results and knowledge panels, such as the one promoting ‘Daai ou” Donson.

Google’s search results frequently make use of Knowledge Panels, the little information boxes that contain a so-called “snapshot of information” (Google’s words) on a topic based on the search engine’s understanding of it.

“In some cases, we may work with data partners who provide authoritative data on specific topics like movies or music, and combine that data with information from other open web sources.”

Updates to Google’s Knowledge Panels are automatic, based on changes to general information on the web and user feedback.

The problem with AI automation in news

When information on a topic or person is widely available, this automation can work great, but it completely ignores nuance.

Nowhere is this more evident than when you search for Donson, the Kannaland mayor and convicted child rapist.

Despite Google’s own Top Stories carousel featuring coverage of his recent re-election, the search engine’s Knowledge Panel has opted to push one of the company’s products – YouTube Music – as the main source of information.

While a song about Donson and Icosa does exist on YouTube, as shown above, it is not even on the party’s official channel, but rather comes from an independent source called DistroKid which, according to their official website is “a service for musicians that puts music into online stores and streaming services” and “sends you money when people listen to your music”.

Whether that is because of its prominence on the search engine’s YouTube platform is not clear.

According to Google’s Knowledge Panel, the Independent Civic Organisation of South Africa (Icosa) is a musical artist. Genre? Folk. Or is that Folk off?