It seems the governing party has resorted to sending motivational messages to its deflated support base. 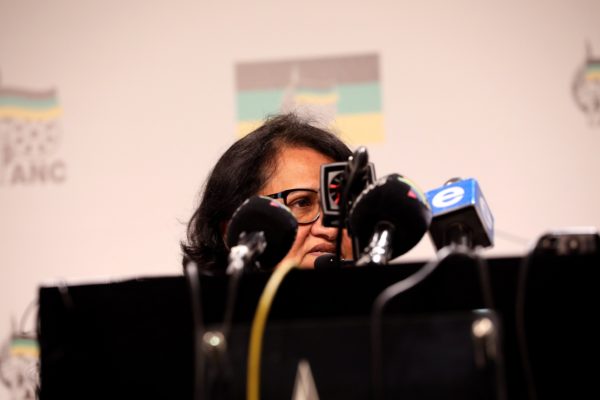 The outcomes of municipal council meetings following the conclusion of the 2021 local government elections have knocked the wind out of the ANC’s sails.

And it now seems the governing party has resorted to sending motivational messages to its deflated support base.

Despite winning this year’s elections, the ANC are losing control of municipalities and the party’s deputy secretary-general Jessie Duarte has called on members and supporters to “have courage”, “be strong” and not to despair.

“We may have lost a lot of what we worked very hard for, but we have not lost the battle to transform the lives of our people. Most of the wards in our communities are still under an ANC ward councillor and this is what we must remember.

“Our people did not reject us as the DA [Democratic Alliance], EFF [Economic Freedom Fighters] and others would wish to make us believe.

“What we need to do is take two steps backwards to review what we need to do and make sure no single municipality in this country will undermine the lives of our people,” Duarte said in a video shared on Twitter.

And in a series of tweets on Wednesday, Minister of Transport Fikile Mbalula blamed the recent coalition talks on ANC losing municipalities, and not the ruling party’s poor performance in the elections.

Mbalula, who is the ANC’s head of elections, insisted that smaller parties banded together in metros, in an attempt to “oust the ANC” as a means of “punishment”.

He added that the current process, hard as it may be for the ruling party, was necessary because it would “distinguish revolutionaries from chance takers within the ANC”.

The DA was backed by other parties, notably the EFF and ActionSA.

READ MORE: Did EFF outfox DA and ANC in Johannesburg and Ekurhuleni?

It has been anticipated that the party may suffered another blow in the province.

News24 has since reported that the DA, EFF and the Inkatha Freedom Party (IFP) will not support the ANC’s candidates in eThekwini.

This has left the door for an opposition councillor to become mayor.

Will the SABC hit back at the ANC after Mbalula's ramblings?
6 hours ago
6 hours ago
PREMIUM!

'We didn't vote for DA to get positions, we wanted ANC out' - Mashaba
21 hours ago
21 hours ago

Will the SABC hit back at the ANC after Mbalula's ramblings?
6 hours ago
6 hours ago
PREMIUM!

'We didn't vote for DA to get positions, we wanted ANC out' - Mashaba
21 hours ago
21 hours ago