Since the start of the week, striking City workers have been blockading streets with buses, refuse trucks and rubbish, demanding an 18% increase that was allegedly paid to top managers. 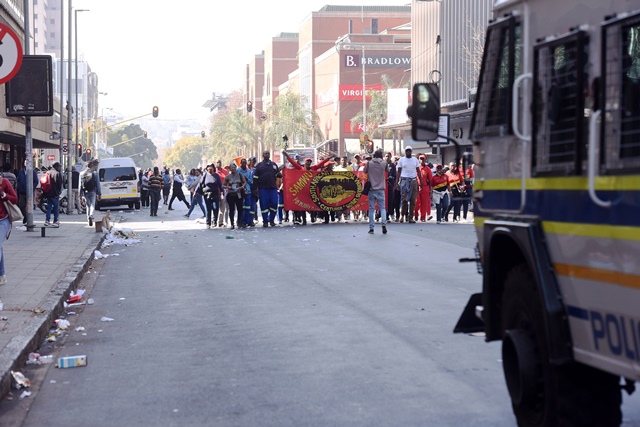 he strike by City of Tshwane bus drivers and other municipal workers is expected to continue on Thursday as an agreement between the City and South African Municipal Workers’ Union (Samwu) has still not been reached.

On Wednesday afternoon, the City confirmed talks would resume on Thursday morning.

Since the start of the week, striking City workers have been blockading streets with buses, refuse trucks and rubbish. They are demanding an 18% increase that was allegedly paid to the City’s top managers.

On Wednesday, News24 reported the City said it could not meet the 18% increase demanded by its employees.

Mayoral spokesperson Omogolo Taunyane explained the reason why top management was able to get the increase was that they had agreed to forfeit benefits such as medical aid, pension funds, housing benefits and 13th cheques.

“The senior members’ packages allow for that kind of a restructuring especially after COGTA [the Department of Cooperative Governance and Traditional Affairs] recategorised the City from category 9 to 10. That would entail an increase, but it was 18% only because their benefits were forfeited,” Taunyane said.

As negotiations continued throughout Wednesday, businesses closed their doors as City employees marched through the streets, with some forcing a refuse truck to dump its rubbish on Stanza Bopape Street.