Government officials 'only seem to act when incidents happen and later disappear without providing any social cohesion programmes'. 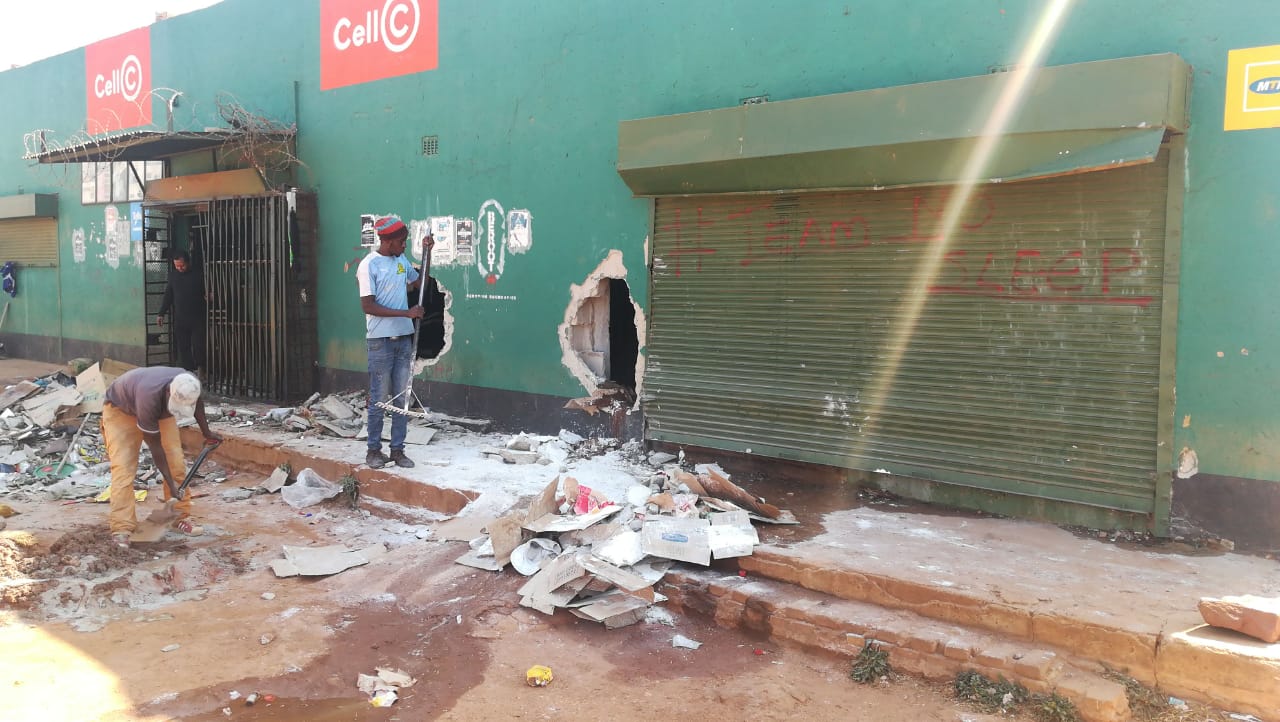 A spaza shop that was broken into and looted at Emndeni Soweto, 15 August 2019. Picture: Nigel Sibanda

The Consortium for Refugees and Migrants in South Africa (Cormsa) says it is concerned about attacks on foreign nationals and economic migrants who own spaza shops in Soweto, Johannesburg.

On Thursday, the organisation was at the scene of one of the shops that residents looted and destroyed on Wednesday night.

The organisation said it was dangerous that the attacks were carried out in apparent revenge for attacks on police officers in the Johannesburg CBD. No one was above the law, it pointed out.

Police officers fled the city centre on August 1 after rocks were thrown at them as they tried to conduct raids in search of counterfeit goods.

“I have heard a number of youth raising a sentiment that they are looting the shops because of what happened two weeks back in Johannesburg CBD. The youth and whoever is the community member cannot take the law into their own hands,” Cormsa director Thifulufheli Sinthumule said.

He said it was also worrying was that government officials only seemed to act when incidents happened and later disappeared without providing any social cohesion programmes to avoid tensions from being reignited.

“The leadership disappears with no mechanism and intervention of educating communities about the rights of refugees and migrants, and what kind of social cohesion programmes can be done and implemented.”

He said claims that the migrants were trading counterfeit goods needed to be verified and said law enforcement needed to establish how the goods entered the country if they were found to be counterfeit.

He said the issues in the township were a manifestation of a much bigger problem with South Africa’s economy.

Ramokgopa said the department was working on job creation, which would require private sector participation because the state could not do it on its own.

“The law enforcement agencies must deal with acts of illegality. I don’t think there could be any justification why there is a coordinated assault against foreign nationals, whether they are documented or undocumented. We invite them (community members) to be part of the solution,” the MEC added.

The EFF has also condemned the lootings and said they were part of a “state-sponsored Afro-phobic war” against foreign nationals.

“Unable to resolve the poverty, inequality and unemployment conditions facing black communities, government is engaged in a programme to blame and sponsor anger at black foreign nationals in the Johannesburg CBD, which is now spreading to townships,” the party’s national spokesperson, Mbuyiseni Ndlozi, said in a statement.

Ndlozi said the party believed that while the selling of counterfeit goods was not something it supported, it believed that targeting black people fuelled “Afro-phobia”.

“It entrenches the idea that crime embedded with black foreign nationals when in fact, it is far from the truth. All people are engaged in crime, white and black, foreigners and citizens. What allows crime to flourish is a corrupt government that makes illegality the only way of surviving,” he said

Curtain call for Eyethu Cinema? - Family in dispute over fate of historic Soweto site
3 days ago
3 days ago

Curtain call for Eyethu Cinema? - Family in dispute over fate of historic Soweto site
3 days ago
3 days ago