The protests follow several attacks on students in the past two weeks. 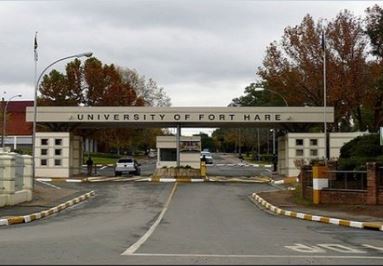 Academic programmes at the University of Fort Hare’s Alice campus have been disrupted as students raise multiple concerns following a difficult two weeks at the institution, with student safety in the spotlight.

The university’s director of institutional advancement, Tandi Mapukata, said disruptions had taken place on the campus on Tuesday morning.

“I have just learnt with shock that there are disruptions in Alice. This is highly regrettable.

“Security services have been deployed to ensure calm and stability, and that the academic programme proceeds as scheduled,” Mapukata told News24.

The protests follow several attacks on students in the past two weeks. A student was stabbed on Saturday, two weeks after his friend, also a student, was murdered on February 8.

According to the university statement, most of these incidents have taken place off-campus but the impact on victims and the university community was no less profound.

Buhlungu said the safety and security of students was one of the key areas in the turnaround and performance improvement plan the administrator had drafted with management to address the challenges at the university.

“… Management will deliberate on more effective strategies for building community, improving physical safety and security, and raising awareness of and doing advocacy work on the devastating effects of violence, including gender-based violence,” he said.

Eastern Cape Premier Oscar Mabuyane, meanwhile, blasted Buhlungu for “relaxing” while the crisis of violence escalates at one of Africa’s most respected universities, reported DispatchLive.