Wits students demand that homeless students be given beds to stop them from sleeping in labs. 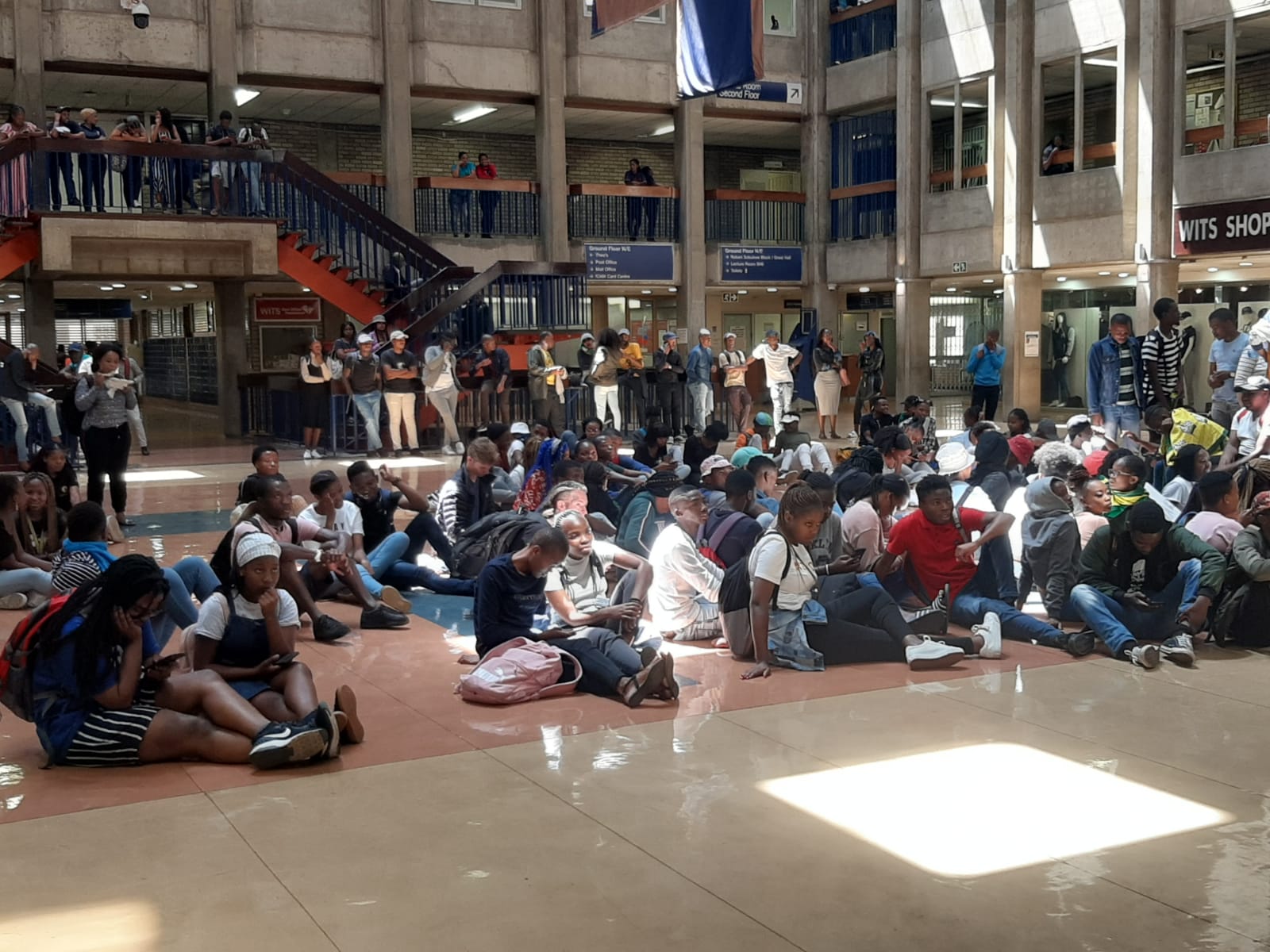 Some Wits students have taken to the streets in protest against a lack of accommodation for some of their fellow students.

[WATCH] A taxi driver tries to drive through the mass of protesting students. He is stopped by police officers escorting the students to Wits main campus | @TimesLIVE pic.twitter.com/EqcvPyJqxC

One of the protesting students, Mpendulo Mfeka, said it can’t be that there are rooms in some places while there were students who did not have a place to sleep.

Addressing students in a lecture hall, he urged them to leave with him to address the issue with Wits vice-chancellor and principal of the university Adam Habib.

Mfeka said Habib would have to attend to the issue before he left on his trip to London.

Habib resigned from his vice-chancellor role and will leave Wits at the end of December 2020. He is heading to the University of London and will serve as director of its School of Oriental and African Studies from January 2021.

Meanwhile, the deputy vice-chancellor: academic, Professor Andrew Crouch, said there were beds that had become available.

“The university was not in a position to provide a bed to each and every student registered at the university. We do not have 34,000 beds for students to be accommodated. We have under 7,000 beds which the university has under its management.

“We’ve identified students that were on the list, including the ones you said are sleeping in computer labs and laboratories. As we speak, those students are being allocated.

“There are students that are being allocated beds now.”

Posted by The Citizen News on Wednesday, 4 March 2020

Outside the building, Wits SRC president Thato Gabaphethe, addressing the crowds, demanded that every student gets a bed.

“One student, one bed. We want to touch the nerve of government.

Classes have been disrupted by protesting students.

Students walking out of classes as protesting over accommodation gains momentum.

Posted by The Citizen News on Wednesday, 4 March 2020