Several people are reported to have been arrested after the police arrived on the scene with stun grenades and rubber bullets to disburse the protesters. 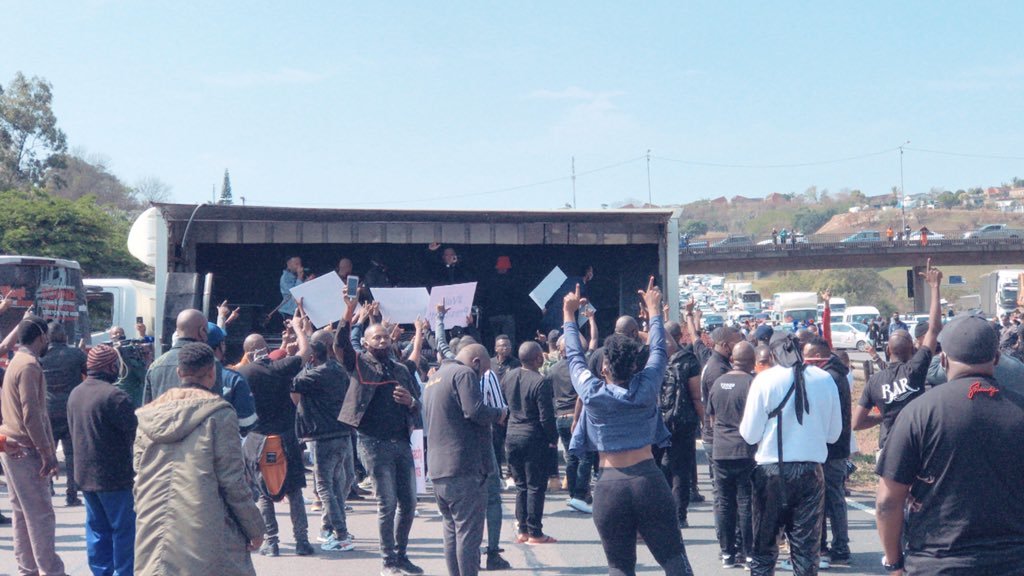 A protest has broken out in Durban, KwaZulu-Natal, as multiple artists took to the streets on Wednesday calling for government to reopen music events with limited capacity on attendance.

#VulaPresident has been seen trending on social media with notable artists including DJ Tira and DJ Bongz protesting while blocking off the N3 north and southbound, between Spaghetti Junction and the Pavilion.

Several people are reported to have been arrested after the police arrived on the scene with stun grenades and rubber bullets to disburse the protesters.

Last month, President Cyril Ramaphosa announced that the country would move Level 2 lockdown which allowed restaurants, bars and taverns to operate, under certain protocols, such as the times of operation and the number of people.

However, the restrictions on international travel, public gatherings – including music events, funerals and religious events – spectators at sporting events as well as the curfew remained in place.

The creative scene was the hardest hit by the Covid-19 outbreak as events, including live performances, were either been cancelled or postponed.

Minister of Sport, Arts and Culture Nathi Mthethwa had confirmed that government had processed applications for 35 venues to be reopened, including 18 museums, seven cinemas, five theatres and five libraries in four provinces.

He confirmed that a total of R61 million has already been disbursed to beneficiaries. A R150-million relief fund was allocated to assist athletes, artists and technical personnel in both sectors in March.