Death toll in KZN, Gauteng riots rises to over 300

Police revised the total number of deaths in Gauteng to 79, and 258 in KZN. 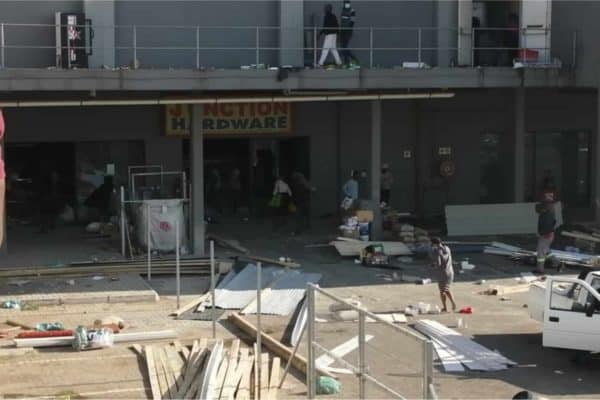 Police have revised the number of death as a result of unrests that rocked parts of KwaZulu-Natal and Gauteng last week.

337 deaths have now been recorded, according to the Minister in the Presidency Khumbudzo Ntshavheni.

She revealed this on Thursday while providing an update on the progress the government has made amid the unrest.

“The South African Police Service has revised the total number of deaths in Gauteng to 79 and KZN 258 as related to the unrest,” said Ntshavheni.

“The revision of the records happens when those who were injured ultimately succumb to their injuries.”

She said of the reported deaths in Gauteng to date, 42 cases of murder and 37 inquest dockets have been opened.

In KZN, 171 cases of murder and 87 inquest dockets have been opened.

Ntshavheni said stability continues to reign in both provinces, and that law enforcement agencies are conducting mop-up operations to ensure opportunistic and copycat activities do not gain traction.

She also revealed that investigators have identified those that appeared in court for incitement of violence.

These people include Ngizwe Mchunu and Bruce Nimmerhoudt, identified as key players in planning the insurrection, although she could not comment on whether they are connected to the 12 key instigators said to have been behind the unrest and riots.

She said all 12 instigators will be arrested.

“Regardless of their standing in society they will be arrested and face the full might of the law.”

Ntshavheni took the opportunity to condemn the alleged vigilantism in Phoenix, KZN, and said the government was investigating whether the unidentified bodies in the mortuary were related to the unrest.