Journalist Pinky Khoabane goes on offensive after being named by Agrizzi

The journalist has sent out a plethora of tweets on social media after the former COO named her at the commission. 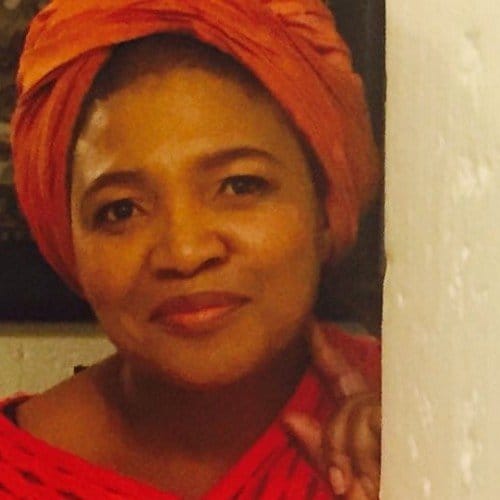 Journalist Pinky Khoabane has gone on the offensive after being named as one of several journalists who allegedly received bribes to make Bosasa look good through writing positive stories about it.

The allegation was made by former Bosasa chief operating officer (COO) Angelo Agrizzi, who said Khoabane, a reporter he named only as Ntuli, and another as Bongs based in the Eastern Cape, were on their payroll.

Agrizzi said he only knew some of them by their aliases. “Ntuli” worked for either The Times or The Star at the time. Agrizzi did provide the name and surname of Khoabane, as well as Benedicta Dube and Stephen Laufer, who were named as “media consultants”.

Khoabane has since taken to Twitter to provide her version of events.

She intends to cross-examine Agrizzi to clear her name at the commission of inquiry into state capture. She tweeted that she had never met with Angelo Agrizzi but this was quickly questioned by constitutional lawyer Pierre de Vos, who highlighted the fact that Agrizzi never stated he met with Khoabane, only that she received bribes.

“Maybe I missed it, but there was no claim that Agrizzi met you. [The] claim was that Bosasa paid you via [a] middleman. So this tweet is denying what was not alleged and failing to deny that which was alleged. Maybe an oversight?”

She replied by stating that she would listen to the testimony.

I must listen to the testimony, was just reacting on Twitter. https://t.co/fEu0Qdif9p

Maybe I missed it, but there was no claim that Agrizzi met you. Claim was that Bosasa paid you via middleman. So this tweet is denying what was not alleged and failing to deny that which was alleged. Maybe an oversight? https://t.co/adEVWuUS4f

Khoabane, in an effort to set the record straight, said she was in possession of the recording of a “racist Agrizzi” using the k-word to describe his colleagues. She alleges Agrizzi said he could fix Bosasa through contacts he had made in the media, naming Adriaan Basson and Derek Watts.

Agrizzi has apologised for the racial slurs he made on tape.

“I received the recording from a friend who sent it to me. I only ever interacted with Bosasa around Oct 2018 when I called to get [the] authenticity of the tape. I have an email to that effect. I then met Papa Leshabane as spokesperson of Bosasa. He gave me no money.

“I later received many recordings where [the] former chief financial officer says Agrizzi says Adriaan Basson can help them fix the company from its negative publicity. There’s also a piece of paper written by Agrizzi in which he says AA (Angelo Agrizzi) [and] AB (Adriaan Basson) will do this.”

Basson rubbished Khoabane’s allegations in a comment sent to The Citizen.

“Pinky Khoabane has been peddling lies about me on her blog since last year. In this context, I find Mr Agrizzi’s evidence that she was allegedly paid by Bosasa to discredit me interesting. I have clarified before, to Ms Khoabane and in my columns on News24, that I never visited Mr Agrizzi’s house with my children,” he said.

“I visited his house once as a working journalist after he had turned against CEO Gavin Watson to try and persuade him to spill the beans. I was doing my job as a journalist; trying to cultivate a source with knowledge and information of corruption I have been writing about since 2006,” he continued.

“I was not present at the recorded meeting between the Watson children and Agrizzi, at which he used disgusting racist language.

“During our once-off meeting at his house, Agrizzi did not use racist language. If he did, I would have left the meeting. Why is Ms Khoabane desperately trying to link me to Bosasa’s corruption and Agrizzi’s racism, when she has not a shred of evidence about this? Only she can answer this question,” he concluded.

Agrizzi has told the commission of inquiry into state capture on Monday that the company paid R30,000 to journalists to write positive stories about Bosasa.

He said he was approached by the company’s executive director, Papa Leshabane, who requested an amount of R71,000, with R30,000 of this amount set aside for paying the journalists.

The names of the journalists appear in his black book used to record the money the company officials allegedly paid as bribes.

Agrizzi has been providing explosive testimony at the inquiry. He has even mentioned threats made against journalists who wrote against Bosasa. Any journalists who went against the company or its officials were threatened , according to his testimony.