The former Bosasa CFO says a series of complex transfers were made to conceal that the company had purchased the vehicle. 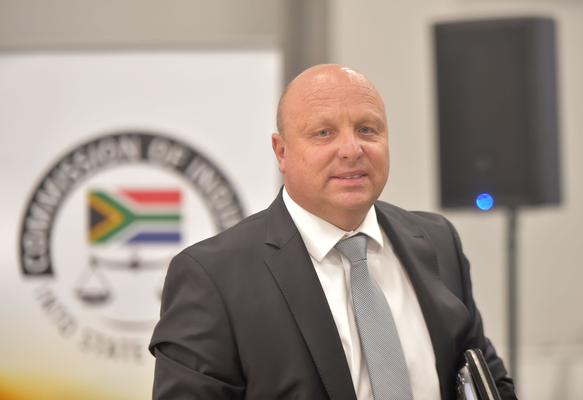 This is according to the former Bosasa CFO Andries Van Tonder who is testifying at the commission of inquiry into state capture on Wednesday.

Van Tonder said he received an instruction from the company’s CEO, Gavin Watson, to facilitate the purchase of the car – which was bought to get a favour from Gillingham senior.

He said he then relayed the instruction to the company ‘s former COO Angelo Agrizzi and another official at Bosasa, Dr Jurgen Smith, and “immediately complied” with it.

Van Tonder said in general, Watson expected those he had asked to do favours for him to leave everything and immediately attend to his instructions.

The former CFO said he then made out a cash cheque to withdraw money from the company’s bank account which he would then deposit into the car dealers’ account.

However, the cheque required two signatories, so after signing it, he sent it to Smith who then came to his office to state that the company could not buy the car in cash, a matter which Smith said he had discussed with Watson.

Van Tonder then entered into a personal loan agreement with Smith who transferred the necessary amount from his personal bank account into Van Tonder’s personal one, who then paid the money into the car dealer’s account.

One or two months later, a company that worked closely with Bosasa then transferred the money, including interest, back into Van Tonder’s account, who then settled his loan with Smith.

Van Tonder told the commission that the complex trail of money transfers was meant to conceal the true identity of the entity which had purchased the car for Gillingham’s daughter.

“Bosasa did pay for the vehicle ultimately,” Van Tonder said.

He said the vehicle was registered in Megan Gillingham’s name, as far as he can recall.

Van Tonder said he was merely the contact person who transferred the full purchase price of the car to the dealer “on behalf of Gillingham’s daughter or Mr Gillingham”.

He said at the time of the Special Investigations Unit investigation into Bosasa, he handed the loan agreement between himself and Smith to the company’s legal team and so no longer had a copy of it.

Under Linda Mti as commissioner and Gillingham as COO, the DCS became a conduit for tenders solely awarded to Bosasa (now African Global Operations) to the exclusion of other potential bidders.

Among the tenders Bosasa scored, were the following: