Today's testimony will apparently show how the company pressured the utility's employees to sign a coal supply agreement. 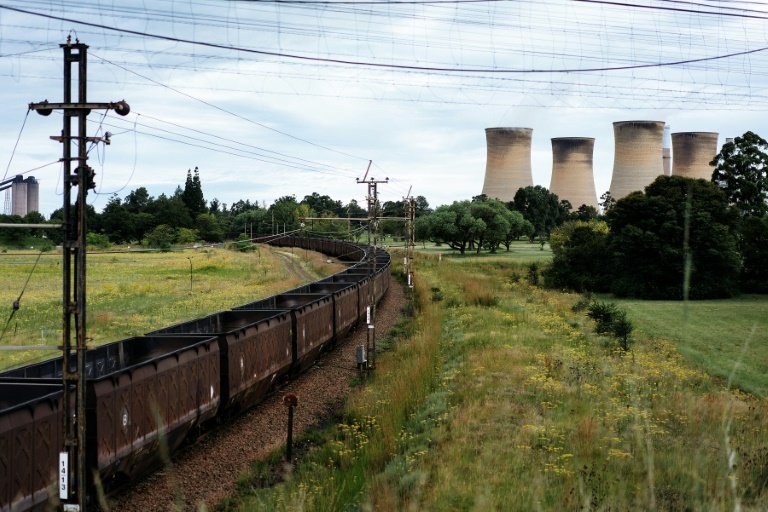 The commission of inquiry into state capture will on Tuesday hear testimony about how Gupta-linked Tegeta applied considerable pressure on Eskom employees to sign a coal supply agreement valued at R4.3 billion for a period of 10 years.

The agreement was signed in 2015 to supply coal at Majuba power station from Tegeta’s Brakfontein mine in Mpumalanga.

Adv Hofmeyr is addressing DCJ Zondo explaining how the Brakfontein coal mine evidence will be presented. She says three witness including Daniel Mashigo will give oral testimony. #StateCaptureInquiry

Evidence leader at the commission, advocate Hofmeyr said that the evidence obtained from Eskom hard drives will show the inquiry that considerable pressure was placed on Eskom employees to finalise the coal supply agreement within 48 hours.

Hofmeyr said that the evidence will be supported by four reports compiled between 2015 to 2018 by the National Treasury, Fundudzi Forensic Specialists, and two from audit firm PwC.

The reports show that Eskom had entered into the agreement with Tegeta in December 2014, prior to a financial due diligence being completed, without a condition precedent being completed, and with no successful combustion tests being done on the coal that was going to be supplied.

The agreement was entered into without financial due diligence being completed, which once done in April 2015 after the agreement had been implemented, found “Tegeta was not financially sound enough to be awarded the contract of this value.”

Hofmeyr said that the contract was implemented for the better part of two years despite an auto mechanical sampler, who was going to sample the coal, being found.

Hofmeyr said the Dr Mark van der Riet submitted a statement relating to the Brakfontein Mine. Van der Riet passed away shortly after making his submission. Notice to those implicated by Van der Riet's evidence have been sent. #StateCaptureInquiry

Despite the finding from the financial due diligence, the contract with Tegeta supplying coal to Eskom from Brankfontein coal mine based in Delmas continued.

The evidence to be presented today will also touch on the quality of coal from the mine and how those within Eskom who had been pressured into signing the agreement tried to implement protection for Tegeta.

As the contract continued, Hofmeyr said evidence shows that the quality of the coal from Brakfontein started becoming poor.

Hofmeyr said that Eskom’s best-ever coal specialist, the late Dr Mark van der Riet, was so concerned by this development that he started investigating and a decision was taken that he would travel to Brakfontein to witness the sampling of coal.

Dr van der Riet apparently told Eskom executives that what was happening with the Brakfontein coal was cause for caution.

“He had started to compile a report in preparation to submit to Eskom, but was unable to do so because he was suspended the following week for 32 months,” Hofmeyr said.

“For the next two years, Eskom lost his services, but he was exonerated later and was reinstated back at work on 1 May 2018.”

Hofmeyr also told the Inquiry that when Tegeta started undersupplying on agreed coal supply in August 2016, Eskom had that year and in 2017 approached National Treasury for approval to give Tegeta R2.9 billion so it can increase the contract for 10.8 million tonnes of coal.

National Treasury turned down this request after getting wind of the substandard coal from Brakfontein and because Eskom had made its application based on “patently misrepresented facts” by hiding the fact that the adjacent mine, Brakfontein Colliery Extention, had come online.

Tegeta continued supplying coal but it was dwindling and in November 2017, the undersupply situation had become significant. In February 2018, Tegeta went into business rescue and has not supplied any coal to Eskom since.

Hofmeyr said that penalties that have been imposed by Eskom on Tegeta now amount to R500 million. .

The evidence will also reportedly show a method of engagement between Tegeta and Eskom where the Gupta-linked company dictated to the power utility how it should respond to its offers to supply coal.

Testimony will also show how former Eskom CEO Matshela Koko obstructed coal testing that would have compromised the contract between Tegeta Exploration and the power utility.

Hofmeyr is now detailing the quality of coal supplied to by Eskom by the Brakfontein Mine. Hofmeyr says coal quality started to deteriorate, 15 of 30 of the Brakfontein samples failed. Dr van der Riet reported the matter to Matshela Koko. #StateCaptureInquiry

The commission will hear testimony from Daniel Mashigo, the acting senior general manager of the primary energy division at Eskom.