The former KZN Hawks boss says the suspect in the investigation was Durban-based businessman Thoshan Panday. 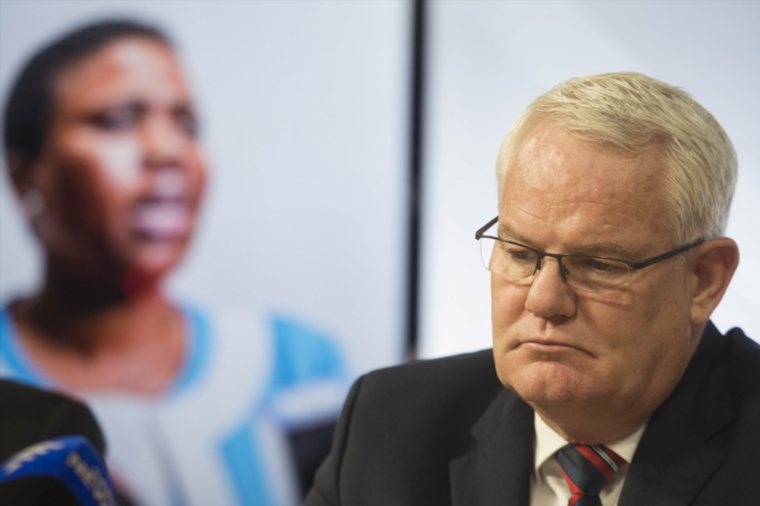 Major-General (Ret) Johan Booysen, who headed the Hawks in KwaZulu-Natal, on Wednesday told the commission of inquiry into state capture that former KwaZulu-Natal commissioner Lieutenant-General Mmamonnye Ngobeni “unlawfully” instructed him to stop an investigation into irregularities in the South African Police Services (SAPS) supply chain management in the province.

The suspect in the investigation was Durban-based businessman Thoshan Panday, who reportedly had business links to direct family members of former president Jacob Zuma.

Booysen told the commission that he initiated the investigation into Panday in 2010, probing alleged corruption and the businessman’s alleged links to certain senior police officials.

He first learnt of irregularities at the SAPS provincial supply chain management on April 28, 2010, during a meeting held by provincial senior officials, Booysen said.

The head of financial services at the time, Lawrence Kemp, alerted Booysen to the irregularities in the acquisition of certain services.

Booysen told the commission that looking at a report that Kemp had compiled, at face value, the irregularities at SAPS supply chain management in KwaZulu-Natal were apparent and involved transactions during the 2010 World Cup in South Africa, with some preceding the event while others continued thereafter. These transactions involved Panday and “looked odd and suspicious”, Booysen told the commission.

The transactions included accommodation for officers from national level paying a visit to the province being processed through Panday’s businesses as well as the purchase of television sets for police stations or blankets for cells being handled in the same manner, without internal SAPS processes being followed.

In early May 2010, while driving home, Booysen received a call from Ngobeni, who sounded irritated when questioning him about the investigation into the irregularities at supply chain management, Booysen said.

He said that as he attempted to explain to her what the investigation was about, she interrupted him and said he should stop the investigation as it would add further embarrassment to the SAPS because at the time the force was receiving negative publicity in the media following the arrest of Mountain Rise, Pietermaritzburg, police officers in connection with the manipulation of crime statistics.

Booysen told the commission that Ngobeni then abruptly terminated the call.

Booysen said Ngobeni did not have the right to give him the instruction to stop the investigation, which in his view was an unlawful one.

He explained that according to procedure, a case is closed by a branch commander of a certain rank following a decision not to prosecute which would be taken by a prosecutor with the National Prosecuting Authority.

At some point, people involved in the investigation were ostracised by the former provincial commissioner, Booysen told the commission.

On May 8, 2010, Booysen received another call from Ngobeni who again sounded irritated and this time she shouted at him, reminding Booysen she had given the instruction that the investigation should be halted.

Booysen told the commission that he later raised the issue of Ngobeni’s instruction with former Hawks national boss Anwa Dramat.

Booysen said he suspected at the time that Ngobeni had been alerted to the investigation by an official within supply chain management.

His testimony continues, watch the proceedings live courtesy of the SABC: