The Guptas were friends with Mandela and Thabo Mbeki, Zuma tells Zondo

The former president says he suggested to the family to set up the New Age and ANN7 so there would be an alternative voice in the media space. 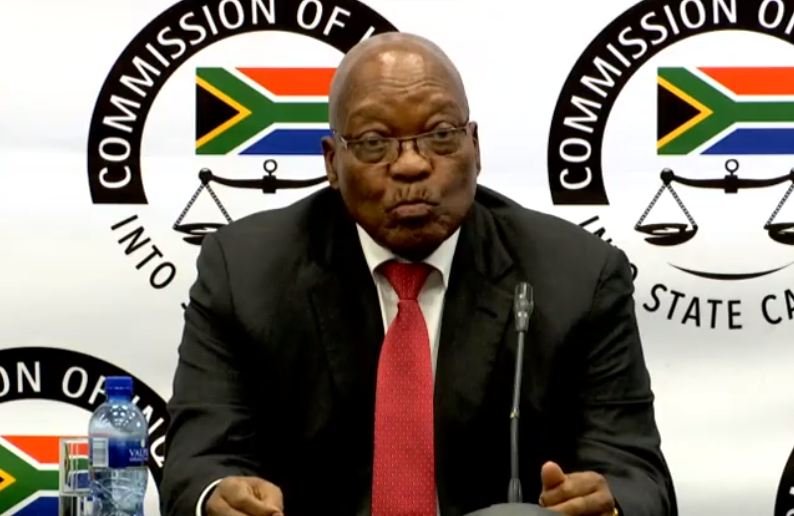 Zuma said he first met the Guptas during his time as deputy president during Mbeki’s tenure.

The former president said the family was introduced to him by Essop Pahad after the Guptas came from seeing Mbeki at his presidential residence.

“They knew a lot of comrades,” Zuma said, adding that the Guptas had close relations with Mandela and Mbeki which were “stronger” than the one he had with them.

The former president questioned, however, why only his relationship with the Guptas had been scrutinised and labelled as being “corrupt”.

Zuma denied having knowledge of the Waterkloof Air Force Base illegal landing of an aircraft carrying guests to the 2013 Gupta wedding in  Sun City.

Last week the commission heard an admission by the Ambassador to the Netherlands, Bruce Koloane, that he had wrongfully used the former president’s name to expedite an application for clearance to land the aircraft at the air force base.

Zuma said he had not broken any law “with this family”.

The former president accused the media of being bias and always critical and said due to a lack of “an alternative voice” in the media space, he had suggested that the Guptas establish the New Age and ANN7.

“And indeed ANN7 brought in fresh ideas in terms of reporting,” Zuma said, adding that it was “never a backdoor thing” or involved “corruption”.

The former president questioned whether he was incapable of fulfilling his duties in light of allegations that the Guptas had appointed ministers or offered these positions to certain individuals.

Zuma told the commission that his son, Duduzane, had partnered with the Guptas because they were successful business people, but he has been “crucified” for this.

ALSO READ: ‘I’ve been vilified’ and alleged ‘to be the king of corrupt people’, Zuma tells Zondo