The 'fightback' campaign's propaganda-fuelled attacks can weaken democracy because they assault the credibility of government institutions, the judiciary and the media. 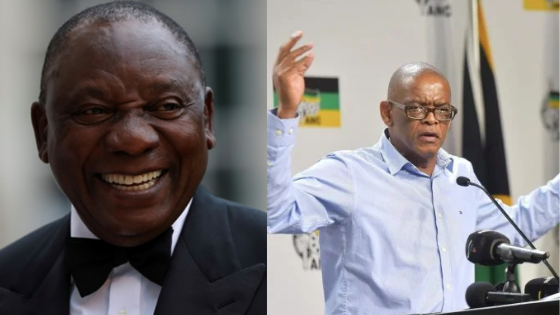 The internal war in the ANC and the so-called fightback campaign will have long-lasting negative effects on democratic institutions and the public, experts warn.

At risk because of the propaganda-fuelled attacks will be the credibility not only of government institutions and the judiciary, but also the news media, which bodes ill for the future of a healthy democracy, they believe.

The lines drawn between those who support former president Jacob Zuma, as a victim of a conspiracy led by “white monopoly capital”, and villainised Public Enterprises Minister Pravin Gordhan and those who didn’t, were no coincidence.

Arguments were centred around allegations emanating from the Commission of Inquiry into State Capture, chaired by Deputy Chief Justice Raymond Zondo, as well as reports by Public Protector Busisiwe Mkhwebane and these were a deliberate and toxic distraction, suggested Media Monitoring Africa director William Bird.

Zuma testified against several people at the commission, including ANC comrade Derek Hanekom, whom he alleged at the Zondo commission was involved in a conspiracy against him.

Yesterday, the ANC national executive committee (NEC) met to discuss, among other things, Hanekom’s admission that he had worked with Economic Freedom Fighters in their bid to remove Zuma, in as far as the opposition party’s motion of no confidence against Zuma was concerned.

“The first thing misinformation seeks to do is to muddy the waters,” said Bird.

“Whereas traditionally, propaganda has always been a way to persuade … what misinformation does now – and the best examples of this can be seen in the Cambridge Analytica and the Trump campaign – is not so much push a certain agenda as it muddies the waters. This prompts uncertainty,” he said.

“The Hanekom example is a classic case of that. The timing is clearly deliberate.

“It’s about saying, why are you bringing this up now, especially when at the time it was not a discreet discussion he was having?

“Everyone knew that he raised it in the NEC meeting, to call for a vote of no confidence in Jacob Zuma, so it is not as if it’s a secret … it’s a way to shift the attention away from something else.”

“It shows it’s no longer a shame to publicly defend [former revenue service commissioner] Tom Moyane or for [former Eskom chief executive] Matshela Koko to brag about his new career in Zimbabwe.

“I mean, these are people who have been [prominent] in the height of the state capture controversy and they are now talking in public.

“The reason for this is because it is a political project, it is not just about Zuma.”

South African Communist Party spokesperson Alex Mashilo lamented the extent to which those implicated in state capture were benefiting from the spectacle of the so-called “fightback”.

“From the forces coalescing around cementing the destruction of Sars’ internal capacity to combat illicit trades and tax dodging, to similar efforts targeting those involved in cleaning up the state and public entities, it does not take a rocket scientist to identify who the elements and networks involved in the state capture fightback are,” said Mashilo.

“Those openly involved in the agenda are easily identifiable.

“They are the networks of the people involved in defending those implicated from being held to account and attacking those who played a notable role in exposing state capture and other forms of perversion, corruption and looting associated with state capture.”