The witness says that a tender process was not followed before Gupta-linked Estina was awarded the dairy project contract. 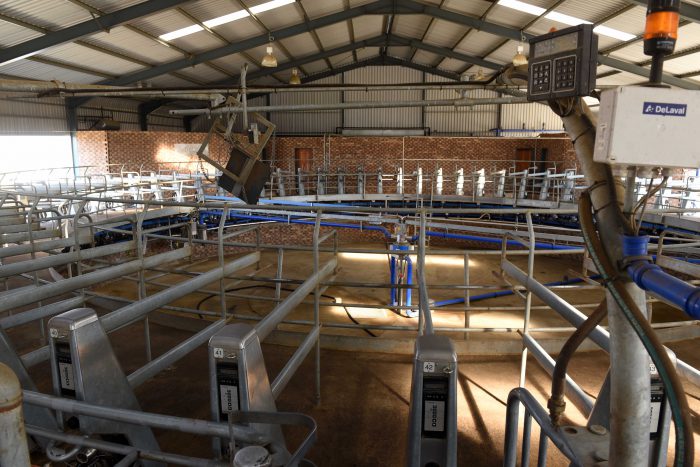 The commission of inquiry into state capture on Monday heard testimony that the Free State department of agriculture and rural development in 2012 urgently sought R30 million from provincial Treasury which it would pay as an advance to the implementing and managing agent of the Vrede Dairy Farm project despite the fact that procedures had not been followed.

The commission resumed on Monday to hear testimony from the former deputy director-general of financial governance, Annah Sussanah Fourie.

The spotlight at the commission is still on the multimillion-rand siphoning of state funds through the Gupta-linked Estina Dairy Farm project in the province.

Fourie told the commission that on June 15, 2012, the head of provincial Treasury at the time, chief executive officer Mr Kgomongwe, asked her to assist with the payment of R30 million requested by the provincial department of agriculture.

Fourie said she later met with the then chief financial officer (CFO) of the department of agriculture, Siepati Dlamini, to assess the necessary documentation before making the R30 million payment.

Dlamini had given Fourie payment advice used by government departments and an agreement between her department and Estina Pty Ltd, the commission heard.

The agreement had been signed on two separate dates, June 5 and June 7, 2012, by the two parties, Fourie said.

Fourie said she raised a number of concerns why the payment could not be made on that day, which included a financial report from the department of agriculture not being attached to the documentation Dlamini had given for assessment.

Another concern Fourie had was that a tender process had not been followed and Estina was appointed as a contractor for the project based on a proposal it had submitted on May 15, 2012, a matter which Fourie said Dlamini confirmed.

According to Treasury regulations, since an official tender process had not been followed, the accounting officer had to make a submission to give reasons for the deviation, which was also not attached and Dlamini could not provide, Fourie told the commission.

Another issue Fourie raised with Dlamini is that a feasibility study had not been done for the project.

Advocate Leah Gcabashe, the evidence leader during proceedings, told the chair of the commission, Deputy Chief Justice Raymond Zondo, that the feasibility study was only done in October 2012.

Fourie told the commission that the agreement between the two parties did not give clear what obligations Estina had in the agreement as it did not give time frames and deliverables and did not specify what was expected of Estina.

She said though the agreement indicated that Estina would contribute R228 million towards the project, no specific time frames were given as to when the money would be paid.

In comparison, the agreement specified how and when the government would contribute the R242 million, Fourie said.

Due to these concerns, the R30 million could not be paid to the department of agriculture, Fourie said.

However, Dlamini insisted that the money was needed as she would meet with Estina officials on Saturday morning.

Fourie told the commission that Dlamini “indicated that the payment was very, very urgent,” and that an agreement had been signed and that “people were coming from abroad”.

Fourie said she also told Dlamini that if the payment were to be made, it would result in “unauthorised irregular expenditure”, which needed to be approved in writing.

She said she had also requested a colleague to check the provincial Treasury’s bank balance, which stood at R6 million at the time, which was another reason Fourie told Dlamini why the payment could not be made that “urgently”.

“I clearly indicated to her that based on the concerns we raised, we could not make the payment,” Fourie said.

This matter Fourie later took up with the state law advisor who agreed that procurement processes had not been followed and that it seemed as if the contract between the department of agriculture and Estina was invalid due to a number of reasons.

Fourie said the agreement did not give details nor specify why the R30 million had to be paid as an advance.