Ons of the businesspeople was Ignatius 'Igo' Mpambani, who was gunned down and killed while driving his Bentley in Sandton in 2017. 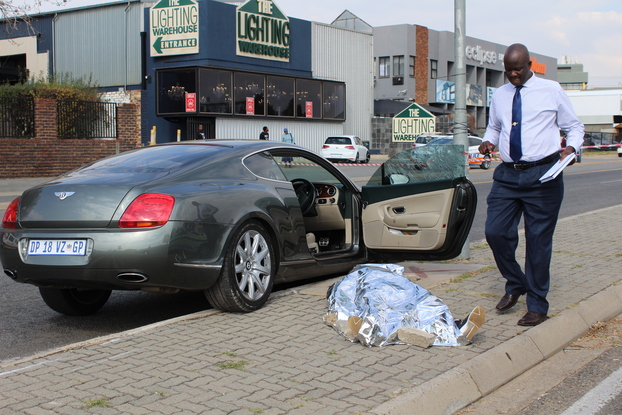 Entrepreneur Ignatius Mpambani was gunned down in broad daylight by four suspects on Bowling Avenue in Kramerville, Sandton on 20 June 2017.

Ace Magashule’s former personal assistant told the state capture commission of inquiry that she approached Ignatius “Igo” Mpambani, a businessman who was gunned down in Sandton in 2017, for funding.

Moroadi Cholota was Magashule’s assistant when he was the premier of the Free State and she identified businesspeople who could help with funding, the commission heard. She also served under the new premier, Sisi Ntobela, until June 2019.

During her testimony on Friday morning, Cholota told inquiry chairperson, Deputy Chief Justice Raymond Zondo, that when the premier’s office received funding requests from students and other people, she and her other colleagues would find assistance.

Mpambani was gunned down and killed in broad daylight while driving his Bentley in Sandton in 2017.

Asked about an e-mail she sent to Mpambani on January 28, 2016 in which she asked for R250,000 to be paid to a travel agency, Cholota said she could not remember what the money was for because no proof of payment was placed before her.

Cholota also told the commission that when the premier’s office received travel requests from artists or students, she would then request travel funding from businesspeople.

However, evidence leader advocate Baitseng Rangata said she noticed that most of the emails obtained by the commission, shows that Mpambani helped with funding. Cholota responded and said Mpambani was not the only businessperson she approached.

She said her laptop had a list of other businesspeople she contacted and that list could be obtained from the office of the premier.

“The establishment of this request for funding for students has been there long before I even arrived. When I got to the office of the premier, I just continued with what I found, either it is from the data base,” she said.

During the testimony of former Free State economic development MEC Mxolisi Dukwana, he said: “Mr Magashule was simply a blesser to many due to payments advanced by Mr [Ignatius] Mpambani from monies corruptly and fraudulently sourced from state coffers through the asbestos project.”

Mpambani was one of the main beneficiaries of the controversial contract to “audit” and “assess” houses with asbestos roofs in the Free State, News24 previously reported.

Cholota was the last witness for this year.

The commission is expected to resume on January 13, 2020.