Transnet ‘forgot’ to get approval for R15.6bn locomotive price increase

It was revealed that Transnet failed to report the increase in the cost of the locomotives to the Minister of Public Enterprises. 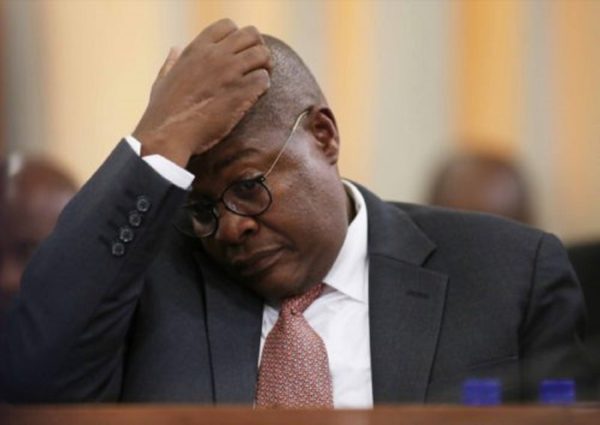 Former Transnet group CEO Brian Molefe has conceded the freight company had forgotten to request approval from the government on the increase in the price of the procurement of 1,064 locomotives.

Molefe appeared at the Commission of Inquiry into Allegations of State Capture for the third day running on Wednesday.

Before a short adjournment for a tea break, the commission’s evidence leader, advocate Anton Myburgh, said Transnet had failed to report the increase in the cost of the locomotives to the Minister of Public Enterprises.

It has been alleged the locomotives were irregularly procured at an initial estimated cost of R38.6 billion, which escalated to R54 billion.

Meanwhile, Molefe told the commission that R38 billion was the estimated cost that Transnet had come up with during the tender process.

The former Transnet boss said  the bidders were prepared to only accept R49 billion for their locomotives. He further said a further 10% contingency was added, which resulted in the R54 billion total amount.

However, the increase was not reported to the Minister as per the Public Finance Management Act (PFMA), since it was a little more than 15%.

Molefe said he did not know why the increase was not reported to the Minister, further admitting he knew he was supposed to report it.

A Fundudzi Forensic Services report found that the failure to report the increase contravened the PFMA.

He argued that Transnet’s legal team should have been picked up on the matter as they were part of the negotiations.

“Something like that, because it’s detailed, should and would have been picked by them [Transnet’s legal and internal audit unit]. And failure for them to have picked on that level during the negotiations.

“On the PFMA, it was a matter of compliance. This should have been pointed out and rectified at the point [in the negotiations]. The legal people should have recommended that the matter be reported to the Minister,” he said.

In which, Molefe replied: “Because I am human, chairperson.”

He conceded it was difficult to keep track of everything that happened at Transnet despite him being in charge of the final decision making.

On batching-pricing, Myburg further said former Transnet CFO Anoj Singh had been warned about it. However, Molefe argued that Singh never brought the matter to his attention.