One farmer said the wind was making noises he had never heard before. 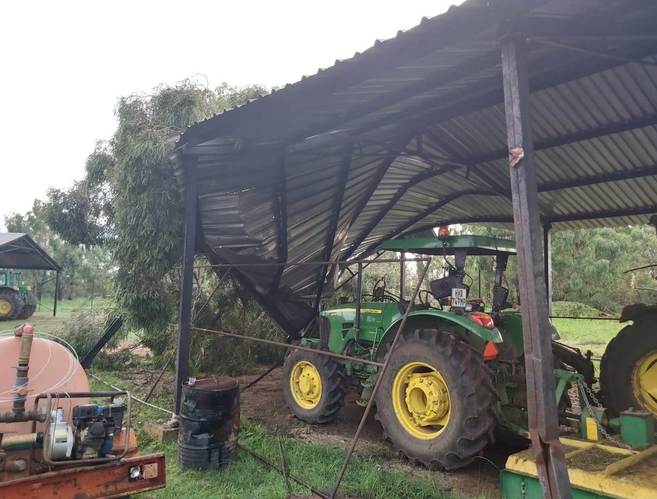 The shed roof collapsed when a tree fell on it. Photo: Wicus Jacobs

The extent of damages to farmsteads in the area between Trichardt, Kriel, Matla and Kinross had members of Facebook pages Storm Report Live and Reënval in SA speculating that a tornado had passed through on Monday night, reports Ridge Times.

Photos were posted on the groups on Tuesday of the aftermath of a massive storm on Wicus Jacobs’ farm in Bakenlaagte between Matla Power Station and the Secunda water reservoirs. Bakenlaagte is known for its historical value with the Battle of Bakenlaagte, well-documented in history books about the Anglo-Boer War.

Jacobs said the storm that swept through his farm on Monday night was coupled with strong wind, thunder, and a lot of rain.

“The wind was extreme and made a strange noise I had never before heard.”

He measured 80mm of rain fell in less than an hour. 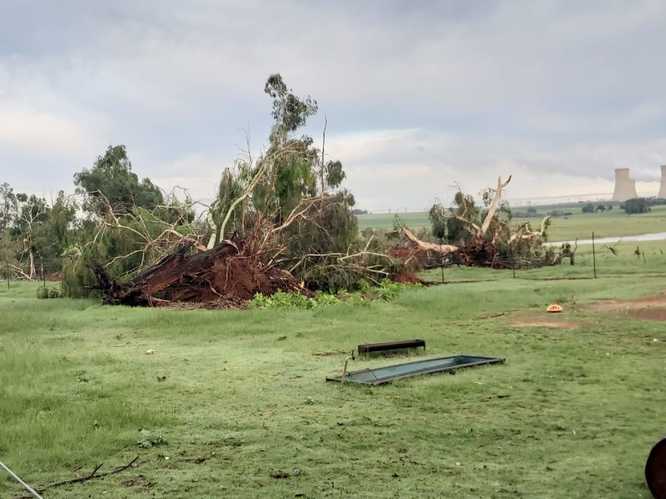 Some of the trees that were uprooted on Bakenlaagte Farm last Monday. Photo: Wicus Jacobs.

“There was a lot of water flooding into the house and we were more focused on drying up the water than on what was happening outside.”

When Jacobs eventually did go outside after the storm, he saw open spaces where there were none earlier that day.

“I was stunned the next morning to see all fallen eucalyptus trees, as well as several big old oak trees. One clearly sees the trees were uprooted and swept over in different directions as the wind blew in a circular motion.”

Jacobs said no one was injured and the houses on the farm were not damaged, although part of his barn blew off.

“I heard of other farmers who suffered greater damages. The roof from a neighbour’s home was ripped off.”

M Pauline Stoltz Lessing shared a photo of a roofless house in her comment on the storm report. She said the photo was taken at Atcom Mine between Kriel and Ogies. 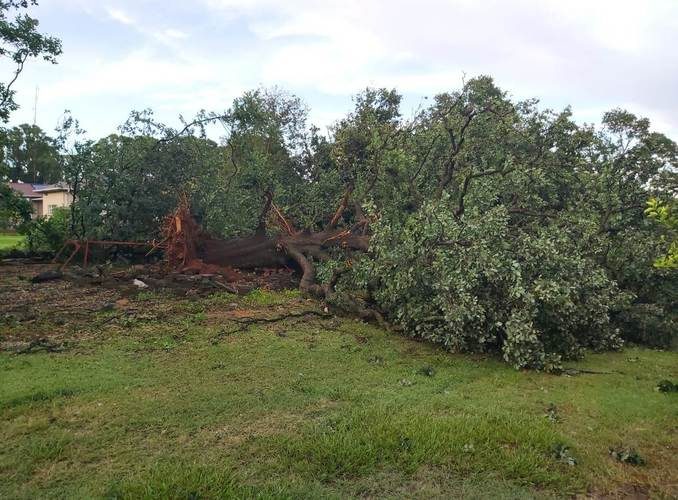 This old oak tree is one of several that were uprooted on Bakenlaagte Farm last Monday. Photo: Wicus Jacobs. 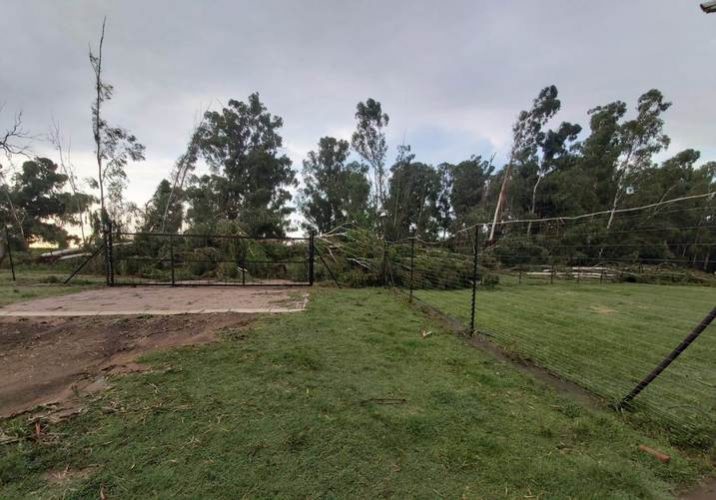 These trees fell over in different directions during the storm on Monday night, 13 January. Photo: Wicus Jacobs.