Organisers have, for example, made the route about 56km shorter due to low water levels in the river. 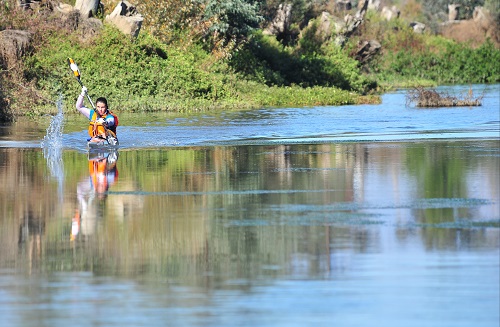 Another popular endurance race in the Western Cape has confirmed its intent to press forward this year, despite an ongoing drought, though organisers of the Berg River Canoe Marathon revealed a contingency plan this week in case water levels were too low to tackle certain parts of the route.

Earlier this season, organisers of the 49th Old Mutual Two Oceans ultra-marathon and the 40th Cape Town Cycle Tour had both faced new challenges due to the water shortage.

The two events, which hosted over 60 000 runners and cyclists, opted to use no municipal water, purchasing spring water from other areas with assistance from various stakeholders.

Though both ultra-distance races reduced the number of water stations available to participants and switched off water facilities at the finish venues, with the events offering more than R1.2 billion in economic impact to the Mother City, solutions were required to ensure they went ahead.

While they faced different challenges, with a smaller mass field, organisers of the 57th edition of the Berg River contest were equally committed to ensuring the four-day paddling race was held in July.

The 2017 Berg River contest was hit by the drought, with only 75 paddlers finishing the race, which was held on the lowest river in the event’s history.

And though they hoped winter rains would fall before the 2018 event, the race committee had created a back-up plan with an adjusted route which would be 56km shorter than the standard 240km race distance, to be used in low-level water conditions.

“While we try to hold the race over the original course from Paarl to Velddrif every year, we have to be realistic,” said committee chairman Andre Collins.

“Under the low-water plan the total paddling distance will be less than a normal Berg but the total time spent on the water will be very similar to a marathon on a medium-level river.”